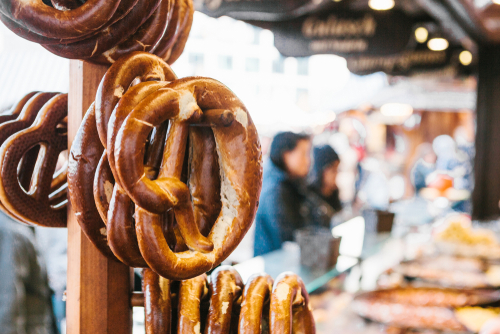 The consumer price index in Europe’s largest economy grew by 7.8 percent in April, year over year, the fastest pace since the country reunified in 1990, the National Statistics Office reported.

It was the second consecutive month with inflation running above 7 percent. The rate was 7.6 percent in March.

Previously, inflation’s rise was led by energy prices. In April, higher costs for food was the key driver.

“This is where the impact of the war in Ukraine is becoming more and more visible,” the statistics office noted.

A kilogram of flour—about 2.2 pounds—has gone up 40 percent this year, a liter of milk about 11 percent, according to Handelsblatt, Germany’s daily financial newspaper.

TRENDPOST: Across Europe, inflation has set a record for six consecutive months, leading the chiefs of the Bundesbank and the European Central Bank (ECB) to call for a boost to interest rates when the ECB’s rate-setting committee meets in July. (See article in this Trends Journal, “ECB: RATE HIKE HUSTLERS.”)

It is a pure, in-your-face rigging of the markets with phony negative interest rates for some eight years that has allowed the Bankster Bandits to keep pumping in cheap money to keep equities and economies from crashing despite inflation rising well above the ECB’s magical-made-up 2 percent inflation range.