GERMANY’S ECONOMY WILL SHRINK FOR MONTHS 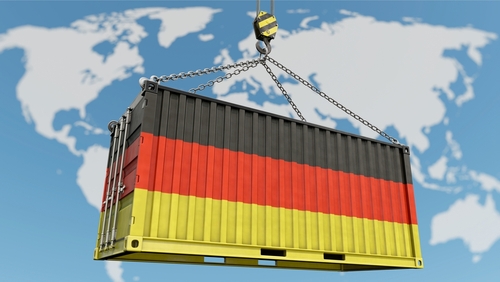 Germany's economy has begun a contraction that will last at least through this winter as the fuel crisis worsens after Russia ended natural gas deliveries to the country through its Nord Stream 1 pipeline last month, the Bundesbank, Germany’s central bank, predicted on 19 September.

Such a contraction is the definition of a prolonged recession.

"Economic activity may pull back somewhat this quarter and shrink markedly in the autumn and winter months," the bank’s statement said.

Germany may still evade the need to ration natural gas, but even if it does, the economy still will contract as industry cuts production to suit the amount of fuel available, the bank warned.

However, the bank erased its forecast for a 3.2-percent loss to Germany’s GDP next year.

The Nord Stream 2 pipeline, which also would deliver gas from Russia to Germany, has been completed but not opened.

Germany said the pipeline did not meet environmental standards. Some observers have said that the pipeline was refused an operating permit in retaliation for Russia’s attack on Ukraine.

TREND FORECAST: Germany’s negative economic future has been, in large part, self-imposed as a result of the proxy war with Russia and the sanctions they have imposed on Moscow and Russia’s gas and oil companies... as we have noted in this and previous Trends Journals (See, “WAR HAWK URSULA VON DER LEYEN, A ROCKSTAR FOR ANTI-RUSSIAN HATE”).

As a result, Germany’s industrial production will fall dramatically over the winter and the nation will sink into Dragflation. Indeed, inflation, especially energy prices, will continue to spike as economic growth declines.

Because Germany’s economy is Europe’s largest, the loss of production will ripple across the continent, damaging the economies of several other nations and driving the region into Dragflation.