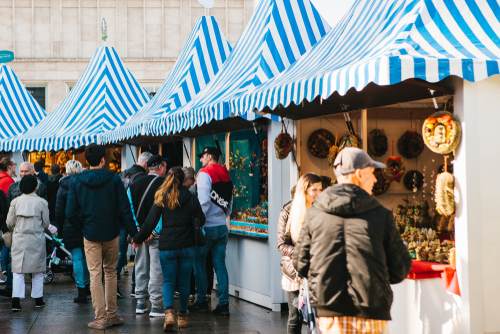 Five highly-regarded German research institutes have cut the country’s 2021 growth outlook by more than a third, from 3.7 percent to 2.4, citing shortages of raw materials in manufacturing and the COVID virus’s impact on consumer spending.

The economic resurgence earlier this year was not as strong or enduring as expected “and that was because of supply bottlenecks in the manufacturing sector,” Oliver Holtemoller, chief macroeconomist at the Halle Institute for Economic Research, said in a press conference last week.

The supply clogs will continue to hobble factory output through the winter, he added.

“We assume that supply bottlenecks will be resolved only gradually in the course of the next year,” Holtemoller said.

“The main driver of the economy next year will be private consumption,” he predicted.

The institutes’ forecast for this year is darker than that issued last week by the International Monetary Fund, which called for 3.1-percent growth in Germany’s GDP this year, down from 3.6 percent forecast earlier (see related story in this issue).

TREND FORECAST: Beyond the supply chain disruptions and material shortages, the draconian COVID mandates imposed upon the German population by its government is driving down the nation’s Gross Domestic Product.

And, as goes Germany, so goes Europe. If Germany, the economic powerhouse of the EU, is struggling to gain economic growth, it is a flashing warning sign of worse times ahead.