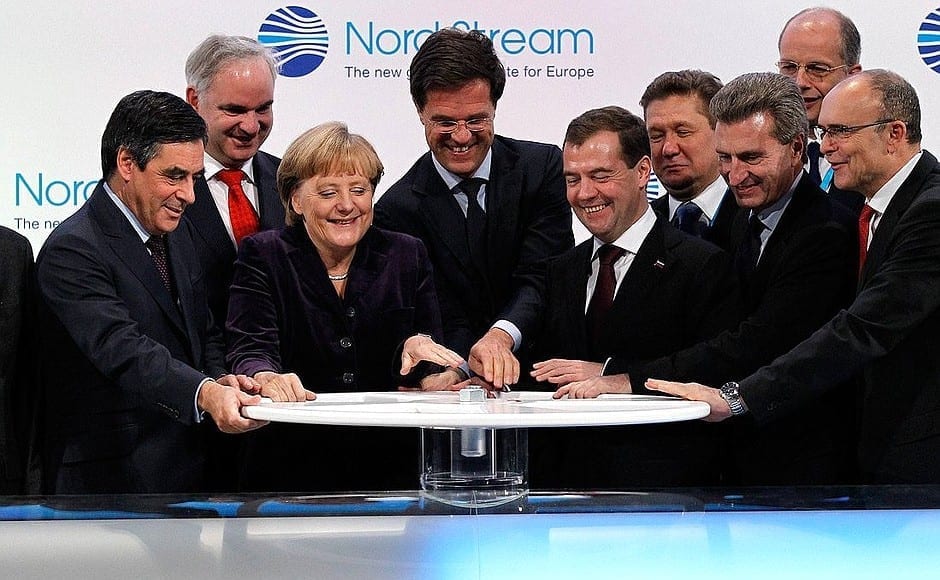 Since the nearly constructed pipeline runs under the Baltic Sea, it bypasses Ukraine completely, thus costing it billions of dollars in lost transit fees currently collected through the gas line that now runs from Russia through Ukraine and into Germany.

Russian foreign minister, Sergei Lavrov, said the U.S. was “consumed by the desire to do everything within its powers to destroy our relations.”

The $9.5 billion project is financed equally by Russia and European partners, which include some of the largest utilities in Germany, France, and the Netherlands.  It is expected to be operational within a year.

The German foreign minister, Heiko Maas, was blunt in his statement last Thursday: “European energy policy must be decided in Europe, not the U.S. We fundamentally reject outside intervention and sanctions.”

TRENDPOST: While energy prices have recently snapped back from their yearly lows, as the global economy slows down there is more supply than demand.

While the U.S. claims it is imposing sanctions to stop Russian influence and wants Ukraine to benefit economically, it should be noted that this past September, American oil companies shipped out some three million barrels a day to overseas markets. This is a 50 percent increase year-to-date.

It is important to note that as U.S. oil companies are shipping out more overseas, due to sanctions imposed by President Trump on Iran and Venezuela, these two major oil rich nations’ exports have dramatically fallen.