GERMAN MINISTRY: GET VAXXED, GET SICK 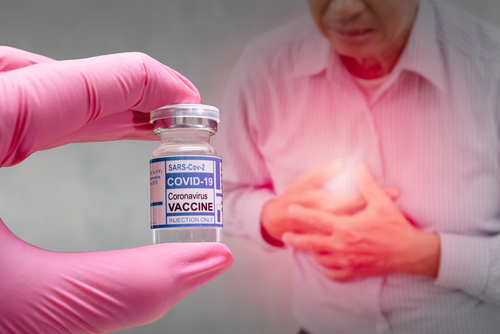 Last week, the German Federal Ministry of Health warned about the dangerous side effects of COVID-19 vaccines, but it was blacklisted in much of the Western media.

As we have noted. When the drug dealers run their ads on U.S. TV, after they hype how “great” they are, they then go over a long list of “side effects.”

But not with the COVID Jab! Not advertised on TV are any mentions of “side effects.” Thus, they are “perfect.”

In the U.S.S.A., where any question of the government and their “officials” dictates are denounced as “conspiracy theories” and “misinformation,” only one side—their side—is allowed to be taken.

On 20 July, the German health ministry posted that the Paul Ehrlich Institute, a federal health body with a focus on vaccines, found there were 0.2 reports of severe reactions per 1,000 doses.

The tweet was a correction to an earlier post that said, “One in 5000 people is affected by a side effect after a COVID19 vaccination. If you suspect an adverse reaction, get medical attention and report your symptoms to @PEI_Germany.”

The tweets were seized on by those opposed to these vaccines. One Twitter commenter considered the number of Germans who took these jabs.

Those who support the vaccines say alarmist reports on these numbers are “Fake News” because the health agency clarified that these reported cases have not been verified and “no causal connection with the vaccination has been established.”

The Paul Ehrlich Institute did not immediately respond to an email inquiry from The Trends Journal seeking clarification.

TRENDPOST: We have long reported on safety questions tied to these vaccines that were rushed through the approval process during Operation Warp Speed. (See “COVID-19 VACCINES: TRACKING ADVERSE HEALTH EFFECTS” (19 Jan 2021) and “FDA SAYS IT WILL STRICTLY LIMIT USE OF THE JOHNSON & JOHNSON VACCINE DUE TO BLOOD CLOT RISKS” (10 May 2022).

Questions about safety and the vaccines’ effectiveness seemed to impact the number of people who are willing to roll up their sleeves for a booster shot. Just 48.1 percent of eligible Americans have received their booster jab.

The U.S.’s Centers for Disease Control and Prevention says on its website that the vaccine helps protect people from getting severely ill with COVID-19.

“Side effects are normal signs that your body is building protection. Side effects may have a short-term effect on your ability to do daily activities and should go away in a few days,” the website reads.

These deaths are under review and the agency insists that the vaccines are safe.

TRENDPOST: Dr. Clare Craig, a consultant and former National Health Service pathologist, told GBN that the German numbers represent doctors who have reported these adverse effects and the number could be significantly higher.

She said Germany handed out surveys to 500,000 people after they took their vaccine to learn about potential side effects. The survey found that there was one serious case per 500 after taking the Pfizer or Moderna jab. AstraZeneca’s jab was worse with one in 142.

She noted that these numbers could be off, but said Pfizer’s own trial data identified one in 1,400 who had a serious event after taking the jab.

“These people were either hospitalized, or they had a life-changing event, or life-threatening event,” she said. “These are just very serious, top-of-the-iceberg stories.”