GENETIC MODIFICATIONS BEING PREPPED TO “SOLVE” EVERYTHING 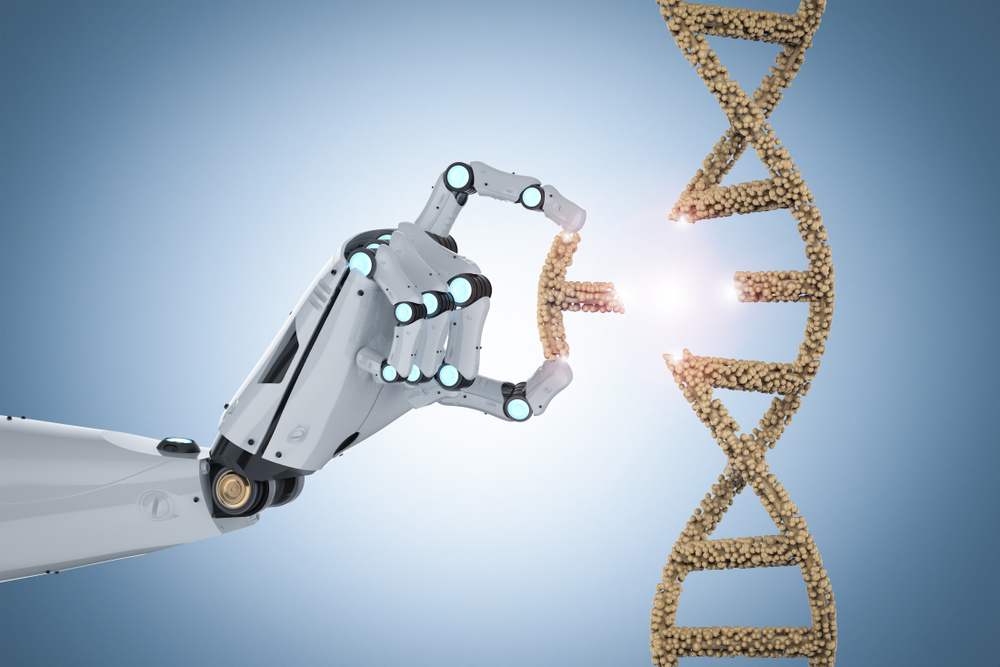 The rate at which scientists are gaining the ability to map and manipulate the human genome, as well as the genome of virtually every living thing, is accelerating.

And there’s virtually no doubt that as technocrats gain the powers to alter life, they will come up with dire imperatives as to why genomic changes must be made.

It will be for the good of humanity, the good of the environment, to improve “equity,” reduce “racism,” counter “extremist predispositions,” combat “selfishness,” and practically anything else where scientists can connect a genomic factor to a trait that is seen as undesirable.

A Supreme Court ruling last week staved off the quest of the Federal government to dictate genome level mandates within human bodies.

But the U.S. government, and governments around the world, will not be easily dissuaded from what this column has coined as “genetic legislation.”

The temptation to legislate human beings from the inside—where laws written in genomic code cannot be broken, and must be obeyed as part of a technocrat directed “evolving” human nature—will be too great to resist.

The only question is whether people now confronting the issue of COVID vaccines and mandates will understand the wider implications of where things are headed, and oppose the radical dangers and loss of individual natural autonomy and humanness, before it’s too late.

Oak Ridge National Laboratory has announced that a supercomputer named “Summit” is predicting the structures and roles of thousands of proteins in the human body whose functions have been previously unknown.

Proteins are an important part of the equation.

The laboratory’s press release posits the potentials of making use of the information:

“They are also central to resolving many scientific questions about the health of humans, ecosystems and the planet. As the workhorses of the cell, proteins drive nearly every process necessary for life—from metabolism to immune defense to communication between cells.”

Understanding the structure and function of proteins based on the long strings of nucleotides—the letters A, C, T, and G that make up DNA—has long been a bottleneck in the life sciences, with researchers relying on educated guesses and time-consuming laboratory experiments to validate structures.

Scientists have only determined the structures for around 170,000 of those proteins due to the significant experimental labor required to identify three-dimensional structures. This is a huge disparity.

But the Oak Ridge Lab project is aiming to vastly speed up the function mapping of proteins. According to ORNL researcher Ada Sedova:

“We’re now dealing with the amount of data that astrophysicists deal with, all because of the genome sequencing revolution. We want to be able to use high-performance computing to take that sequencing data and come up with useful inferences to narrow the field for experiments. We want to quickly answer questions such as ‘what does this protein do, and how does it affect the cell? How can we harness proteins to achieve goals such as making needed chemicals, medicines and sustainable fuels, or to engineer organisms that can help mitigate the effects of climate change?’”

How can the human genome relate to mitigating the effects of climate change, and making needed chemicals and sustainable fuels?

Sedova spelled it out in a statement enthusing about the abilities of the Summit supercomputer to leverage deep learning enabled by sophisticated AI software, terabytes of data and massive amounts of processing power:

“With these kinds of tools in our tool belt that are both structure-based and deep learning-based, this resource can help give us information about these proteins of unknown function—sequences that have no matches to other sequences in the entire repository of known proteins. This unlocks a lot of new knowledge and potential to address national priorities through bioengineering. For instance, there are potentially many enzymes with useful functions that have not yet been discovered.”

It’s important to understand that the U.S. government, via the DOE’s Office of Science and through an award from the DOE Office of Advanced Scientific Computing Research’s Leadership Computing Challenge, is funding this research in order to use it in exactly the sorts of ways Sedova is telegraphing.

“Operation Warp Speed” will seem like a bioengineering turtle left in the dust compared to what’s coming in the near future.

There is no necessary relationship between technological advances and human advancement, as the 20th century showed. At the same time technology was enabling unprecedented potential to improve the human condition, it was used for massive intentional destruction.

It’s not an exaggeration to say that the 20th century saw the intentional killing of humans on a greater scale than any previous time in human history.

The bloody ravages were fueled not only by hard technology, but by hubristic “scientific” ideologies, whereby some believed they possessed special knowledge to direct the lives of others and the course of history.

The scale of the travesties have been documented in many histories, including notable examples like Reflections on a Ravaged Century by Robert Conquest, and Death By Government by R.J. Rummel.

Perhaps the biblical story of Adam and Eve eating of the Tree of Knowledge of Good and Evil is so compelling, because it is the idea that humans can possess such knowledge to make God-like sweeping judgements and decisions over others, that is always at the root of the most devastating evils of history.

J.R.R. Tolkein brilliantly encapsulated the idea in the “Ring of Power.” In the movie The Lord Of The Rings: The Fellowship of The Ring, the wizard Gandalf says of trying to wield it to do good:

“Don't tempt me Frodo. Understand that I would use this Ring from a desire to do good. But through me... it would wield a power too great and terrible to imagine.”

With news this week that the Pentagon clearly believes that COVID-19 was a human created spawn, born out of a web of deceit between American scientists and Chinese researches in a Wuhan bioweapons lab, there is now evidence that the 21st century is following the track record of the 20th to a disturbing degree.

The hubris of technocratic masters, if left unchecked, will spell further disasters.

In the sphere of bio-pharma, left to the devices and imaginations of scientists unbounded by virtually any limits to how they may experiment and advocate for invasions and changes to the human genome, and the genetics of virtually any life form on earth, the “possibilities” may seem limitless.

But they are in fact quite limited by age-old propensities of humans.

“Limitless power” is definitely not a good thing, from the perspective of anyone who believes that no one should have the power to alter natural genetics, let alone dictate alterations within a “genetic legislation” legal framework.

Mandated COVID gene therapies have set the stage. The coming genetic battles will be much more widespread and potentially transformative not only to societies, but to human nature and the natural world itself.

The Trends Journal has been extensively covering dangerous technocratic designs for the future. Some touchstone articles include: