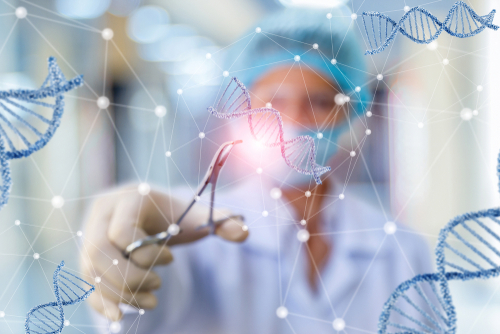 Saturday is the least watch/read news day of the week. Thus, this last Saturday, The Wall Street Journal reported that the Food and Drug Administration held a 2-day public meeting in September to address concerns over gene therapy jabs.

Previous subjects in the X-linked myotubular myopathy study had shown significant improvement, and researchers are still not sure that the deaths are related to the gene therapy. BioMarin Pharmaceutical Inc., the firm with the cancerous lab rats, was surprised last year by the FDA refusing to approve BioMarin's gene therapy treatment for hemophilia, on the grounds that more detailed, long-term data was necessary.

Such incidents have been described as mere "growing pains" by gene therapy proponents, who say that it's inevitable that negative episodes come to light given the exponential increase in gene therapy studies.

The mechanics of gene therapy involve replacing missing or defective genes in persons with diseases such as hemophilia or certain forms of muscular dystrophy. It usually involves injecting the patient with a harmless virus containing the healthy DNA. Most gene therapies pass through the liver on the way to their cellular targets, and so the risk of liver damage is nothing new. More recently the risk of cancer has been seen in mice and dogs treated with gene therapies.

The article cites a case from two decades ago, in which an 18-year-old died of multiple organ failure after receiving an experimental gene therapy for a rare liver disease; that was a major setback for the entire field, but over the past decade gene therapy has made a comeback. In 2017 the FDA granted its first approval of a gene therapy product, Luxturna, which treats an inherited type of vision loss; see "AMOEBA GENE IMPROVES VISION IN BLIND MAN" (1 Jun 2021).

TRENDPOST: Again, not a peep from the Presstitutes, not a mention in the WSJ article of the connection between COVID-19 vaccines and gene therapy. Messenger RNA (mRNA) used in the vaccines from Pfizer and Moderna makes them, technically, gene therapies, but the FDA classifies them as vaccines and not as gene therapies because they do not alter the genes; see "HUMANS SUBJECT TO mRNA 'SOFTWARE UPDATES'" (30 Mar 2021).

The Centers for Disease Control and Prevention says that mRNA from the vaccine never enters the nucleus of the cell and does not affect or interact with a person’s DNA. However, Trends Journal readers know that any statement from the CDC is "operative" only until it is no longer so; see "COVID FRAUDSTER" (18 May 2021) and "CDC MANIPULATES DATA TO SUPPORT NARRATIVE (AGAIN)" (14 Sep 2021).