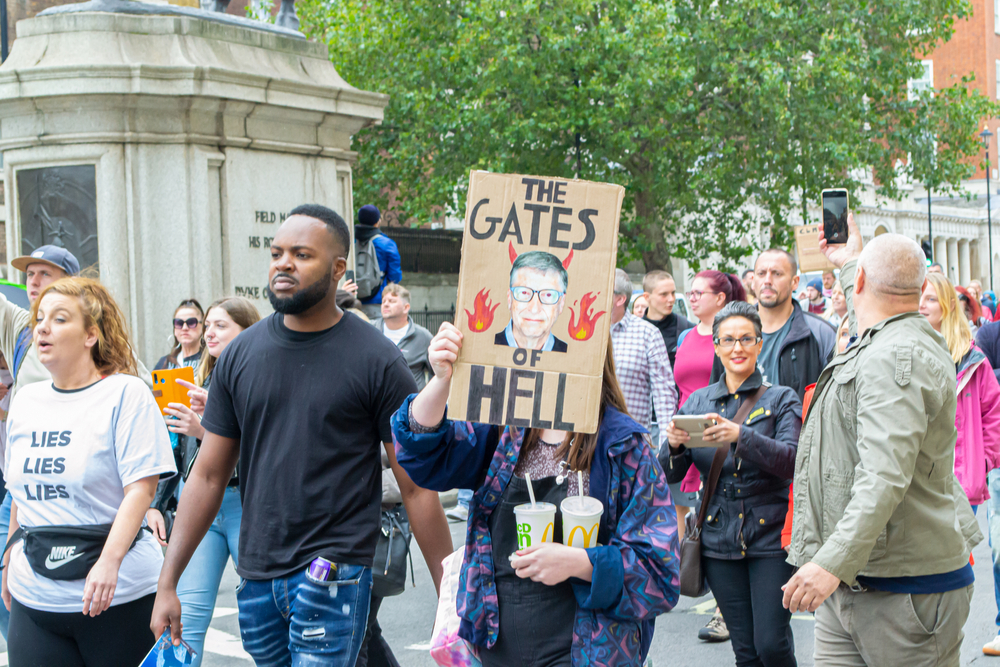 This past Friday, as bitcoin surpassed the one-trillion valuation mark for the first time, mega-billionaire and self-styled planet saver Bill Gates declared he wasn’t a fan of digital-assets. Asked by the Wall Street Journal what technological advancement the world could do without, the software tycoon didn’t cite “social credit” surveillance systems, dangerous gain-of-function viral research, or any latest military super weapons. He named cryptocurrencies. Gates said,

“The way cryptocurrency works today allows for certain criminal activities. It’d be good to get rid of that… I probably should have said bio weapons. That’s a really bad thing.”

Gate’s awkward comment came as the origin of the COVID-19 virus is still very much in dispute. There is growing evidence it escaped from a Wuhan China virology lab that was funded in part by Dr. Anthony Fauci’s National Institute of Allergy and Infectious Diseases. With Fauci’s approval, the NIHID gave a total of $7.4 million to the lab. Gates and Fauci have worked closely together on the COVID vaccine development and roll-out, and both have financial interests in the vaccines.

The billionaire former head of Microsoft has been involved himself in incidents of unethical and criminal activity. He capitalized on perhaps the biggest tech bungle in history when IBM sold off the operating system used on its early personal computers, believing all the profits would be in hardware. Gates licensed the software back to IBM, but as his firm made money off DOS, he never fairly compensated the original developers.

Later, Gates copped the graphical interface of Apple computers with something he called “Windows.” And, in 1998, in United States vs. Microsoft Corporation, Gate’s company was found liable for antitrust violations regarding a competing software web browser, Netscape.

In that case, a U.S. Court of Appeals for the D.C. Circuit affirmed most of a district court’s judgments that Microsoft’s actions constituted unlawful monopolization under Section 2 of the Sherman Antitrust Act. Microsoft also used its operating system leverage and general dominance in the 1990s and 2000s to kneecap Corel, Netware, and other competitors.

Since then, Gates has attempted to rehabilitate his image by delving into “philanthropy” that has spent billions via his “Bill and Melinda Gates Foundation” to build policy power and influence around the globe. He has previously endorsed medical “death panels,” or refusing treatment to elderly sick people.

More recently, he has advocated strict worldwide lockdowns, enforced vaccinations, and has recently come out with a book recommending radical civilizational changes to deal with the “climate change crisis.” He prescribes that the developed world eats only artificial or plant-based “meat,” and, meanwhile, he has reportedly snapped up as much as 40 percent of farmland in the U.S.

Given all that, it’s perhaps easier to understand his dislike for a technology that decouples currency from the control of elites. Gates himself boasts a net worth of $123 billion, according to Forbes, second only to Amazon’s Jeff Bezos, whose net worth has reportedly doubled during the pandemic and lockdowns that began in 2020.