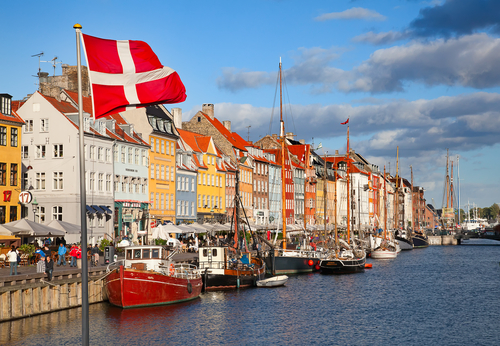 Denmark lifted all COVID-19 restrictions despite a jump in omicron cases and hospitalizations—and issued a statement that said the virus should no longer be categorized as a “socially critical disease.”

Among the restrictions that have been lifted is the mask mandate on public transportation and in indoor spaces. Magnus Heunicke, the country’s health minister, called the decision the right moment due to the relative mildness of the Omicron variant and the country’s 81 percent vaccination rate, The New York Times reported. Nearly 100 percent of the elderly population is considered boosted.

Dr. Jens Lundgren, a professor of infectious diseases at the University of Copenhagen, told the paper that the country would have to impose incredibly strict restrictions if it wanted to pursue a zero-COVID policy, which would not have been proportionate to the threat.

“So we essentially let the Omicron epidemic roll,” he said.

The country of about six million had 30 patients in ICUs as of Friday. The government has indicated that it will monitor those numbers. If cases begin to emerge that require intensive treatment at hospitals, it may put restrictions back into place and push for a fourth jab. The country has had 2.1 million cases and 4,001 deaths.

The Times described the scene in main Danish cities where cafes and shops are filled with customers and bars no longer have to close down at 11 p.m.

Norway also announced that it lifted “a large number of COVID-19 measures” on 1 February “even though many people are becoming infected with COVID-19.”

Petr Fiala, the prime minister of the Czech Republic, also announced Thursday that most restrictions would be lifted in the country—including the mandate to show vaccine cards prior to entering various indoor venues. Euronews reported that Prague is eyeing 1 March to lift the remaining restrictions.

Vlastimil Valek, the country’s health minister, said on 19 February, up to 5,000 people will be allowed to attend concerts—which is a marked increase from the current 1,000-person limit. The Associated Press reported that Prague will also stop testing at schools and companies.

Like the other countries shelving restrictions, the Czech Republic is seeing record numbers of COVID-19 cases due to the Omicron variant. (See “PLAY SCRAMBLE: DOES OMICRON=MORONIC?” “OMICRON: WE DON’T KNOW IF VACCINES ARE EFFECTIVE, BUT YOU MUST TAKE THE JAB” and “VAXXED OR NOT, OMICRON’S GONNA GET YA!”)

Prague has seen a significant jump in cases, but the number in the country of 10.5 million is coming down. The country has seen 37,612 virus-related deaths, the AP reported.

Sweden also announced that it will end testing sites across the country because scientists in the country say testing for Omicron infection—which is easily transmissible but milder—is expensive and has fewer benefits.

“We have reached a point where the cost and relevance of the testing is no longer justifiable,” Karin Tegmark Wisell, the Swedish public health agency chief, told the AP. “If we were to have extensive testing adapted to everyone who has COVID-19, that would mean half a billion kronor a week (about $55 million) and 2 billion a month.”

The report said only health care workers and the most vulnerable will be offered free tests going forward, others who are symptomatic will be told to go home and isolate.

“Sweden is leading the way, and other nations will inevitably follow,” Dr. Bharat Pankhania, a senior clinical lecturer at the University of Exeter Medical School in Britain, said. “We don't need extensive testing for the sake of testing, but we must work nevertheless in sensitive settings such as hospitals, nursing homes and other sensitive places where there are very vulnerable people.”

TREND FORECAST: Gerald Celente had forecast well over a month ago, that the COVID War would wind down by late March, mid-April and draconian mandates would being lifted as the once sheltered-in-place population wants to let loose, go out, dine out, travel, a spend on entertainment.