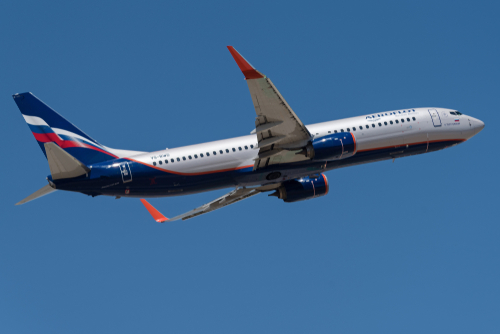 On Monday, Russian Prime Minister Mikhail Mishustin said starting 9 April, Moscow would end restrictions on flights to and from Israel and other "friendly countries” that have not joined the U.S. and other nations who have imposed sanctions.

Also on Monday, Israeli Finance Minister Avigdor Liberman refused to condemn Russia for the slaughter in Bucha, Ukraine, despite Foreign Minister Yair Lapid calling it a massacre on Sunday.

Liberman said, “We all condemn war crimes,” but “There are mutual accusations here: Ukraine blames Russia, and Russia blames Ukraine.”

Rather than taking sides on the issue, Liberman said, “We need to understand there is a bloody war there, and we need to maintain Israel’s moral position and, at the same time, our interests.”

TRENDPOST: The Trends Journal has been reporting on the tight rope that Israel has been trying to walk when it comes to the Russian invasion of Ukraine. Tel Aviv has a good relationship with Moscow, but its main ally is the U.S.

Israel called the invasion a “serious violation of international order” at the beginning of the conflict and has been reluctant to say more. (See “ISRAEL AIRSTRIKES KILL 3 SOLDIERS IN SYRIA.”)

Israeli officials said that they will be able to continue to carry out its bombings in Syria even after top officials came out against Russia’s war effort after allegations were leveled against Russian troops after hundreds of bodies—described as belonging to civilians—were found scattered across Bucha.

“I condemn murder of this kind; it really is a war crime,” Benny Gantz, the Israeli defense minister, said. "Even in war, we must make sure to follow the values that are called morality in fighting," Gantz told Kan Radio, according to The Jerusalem Post. "Unfortunately, civilians can be harmed in the framework of war, but they cannot be murdered as part of a war. This is something that looks very serious."

Israel signaled that it smoothed things over with the Kremlin and will resume its military action in Syria. There has been some concern that the fight in Ukraine could impact Israel’s relationship with Moscow.

“We’re telegraphing ‘business as usual’ to the Russians,” a defense official told Israel’s Army Radio earlier this month. “It’s important not to broadcast a misleading message.”

TREND FORECAST: While the United States and NATO condemn Russia’s attack on Ukraine and its occupying a foreign nation, there is no U.S. NATO condemnation of Israel’s ongoing occupation and stealing of Palestine land which is in violation of international law and its occupation of the Golan Heights, which Israel seized from Syria in 1967’s Six-Day War.