FREEDOM HAS DEPARTED THE WESTERN WORLD 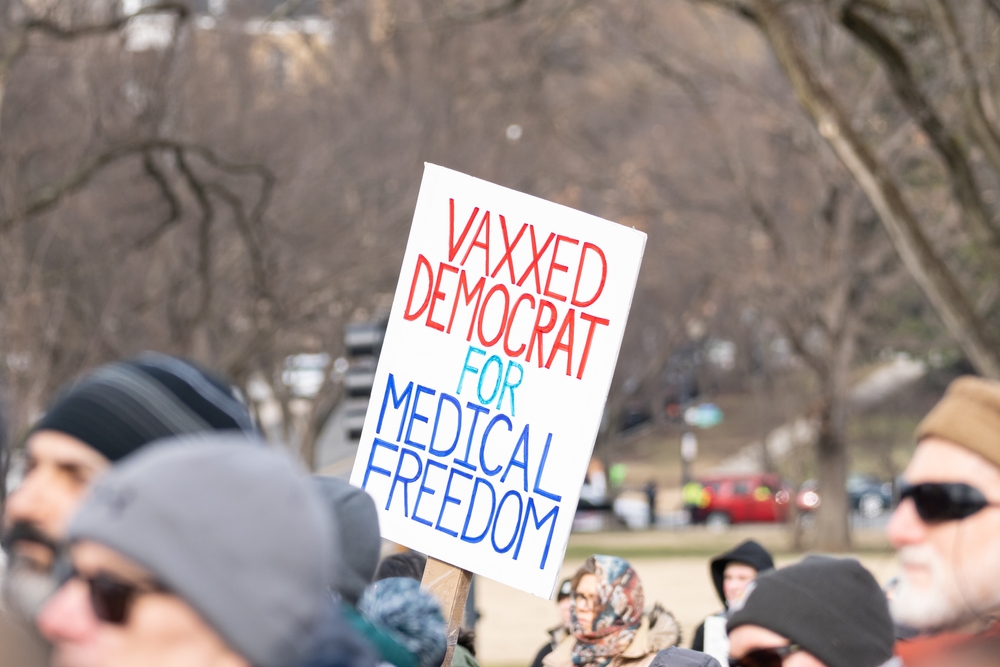 Dr. Simone Gold, founder of America’s Frontline Doctors, a group that saved huge numbers of American lives by treating Covid patients with Ivermectin and Hydroxychloroquine, while Big Pharma and its captive hospitals and Biden regime killed huge numbers of Americans with non-treatment and with ventilators, remdesivir and mRNA “vaccines,” has been sentenced to prison for two months and fined $10,000.

The ostensible excuse is that she stepped inside the Capitol through the door opened by the police not to protest the stolen election or to insurrect, but to deliver a warning about coercive Covid mandates, which she did.

Dr. Gold expressed her regret for entering the Capitol, a requirement so that the Nazi justice system didn’t sentence her to 20 years or death for saving lives. Dr. Gold, like so many other medical doctors, such as Dr. Pierre Kory and Dr. Peter McCullough, are being punished for interfering with Big Pharma’s profits, which are shared with Fauci and other NIH officials who serve Big Pharma, not public health, as marketing specialists.

The power of an utterly corrupt Big Pharma over the American Board of Internal Medicine to take away medical licenses of doctors, who saved lives by not following Big Pharma’s Covid protocols, is extraordinary. It proves that independent medicine does not exist in the United States. Big Pharma has control over who practices medicine and how medicine is practiced.

The United States itself is so Nazified that there is no wonder the U.S. supports the Ukrainian Nazis. In “the land of the free” parents cannot even complain to school boards about the indoctrination of their children under the guise of “education” without being beat up and arrested. If this isn’t Third Reich, what is?

What the Covid orchestration has told us is that there is not a single country in the Western World that believes in liberty and human rights. Every “Western democracy” is willing to deceive and coerce its citizens just as dictatorships do.