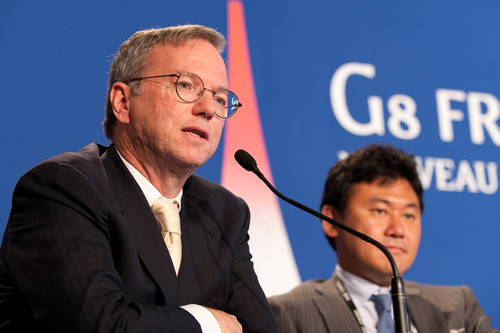 The fund reportedly is geared to seek investment opportunities in the National Security sector.

But critics say the fund represents the crossing of a line between corporate profit interest and what should be separated government policy.

The group pointed out that Schmidt has long cultivated and profited by ties between his tech projects and companies, including Google, and the U.S. military and other government agencies.

Campaign For Accountability is pointing out that AFF is unlike any other venture financing firm. The group, via its Tech Transparency Project initiative, discovered a leaked announcement draft in which AFF characterized itself as the first "public-private, deep-tech fund" in the United States, implying that it would receive both government and private support.

The Fund has denied the tenets of that draft ended up being a consequential modus operandi.  A spokesperson said “We only describe ourselves as a ‘non-profit deep tech fund.’”

Although AFF has not yet received money from the government, it has replied to a request for information from the Department of Commerce on a semiconductor fund, which might be the first step in the process of receiving government support, according to Vox.

The Vox piece pointed out that this is hardly the first time that Schmidt has angled to influence public policy while profiting and benefitting private interests he represents.

Schmidt's relationship with AFF CEO Gilman Louie illustrates the point. Louie served on the National Security Commission on Artificial Intelligence (NSCAI), which was chaired by Schmidt. The group made policy suggestions on how AI should be utilized to boost U.S. national security from 2018 to 2021.

Their study had an impact, and some of their suggestions were implemented by the Department of Defense. Schmidt's activities on the AI panel, according to Poulson, may be summarized as "government-sanctioned lobbying."