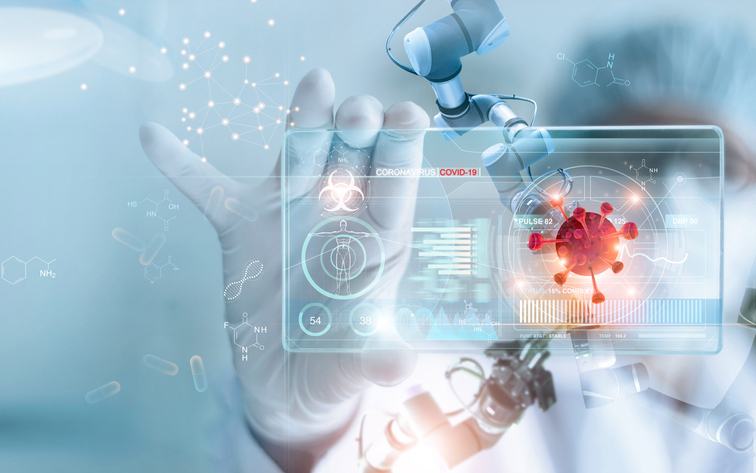 That “misinformation” is getting really dangerous, especially to certain government officials.

This time, a former VP of EcoHealth Alliance is claiming that his former workplace, in concert with CDC funding and knowledge, worked on gain-of-function virus research that created the COVID-19 virus.

In documents sent to lawmakers last week according to Just The News, DHS research fellow Andrew Huff says a list of players and organizations visited a human-made disaster on the world via highly dangerous virus experimentation.

The players listed in a legal document that is part of a class action suit being pursued on behalf of people compelled to take COVID vaccines by mandates, include:

If those names all sound familiar to Trends Journal readers, it’s because we have followed the story of gain-of-function research, including when it was verboten to suggest anything other than that the COVID pandemic originated naturally from bats at a Wuhan “wet market.”

Some of our coverage goes back to February of 2021 and includes:

Laying Out How SCIENCE Led To COVID

The extensive document, issued by attorney Thomas Renz, says its purpose is to spur investigation and prosecution for the negligent and criminal activities surrounding the dangerous research that Huff claims led to the creation of COVID-19.

The Renz law firm is representing Huff and others. According to the document:

“Given the recent high-profile criminal enforcement actions taken by Congress and the DoJ, we expect immediate investigations will see bi-partisan support in light of this newly compiled information. Renz Law and Make Americans Free Again (MAFA) will provide any and all support possible in such investigations and prosecutions. Further, with the additional high-profile revelations that certain segments of the government have promoted censoring this information, presumably as part of this same cover-up, we will voluntarily support any good-faith efforts by the media to correct the record.”

Among other things, the document details how dangerous experiments and research both in China and western countries, partly funded under the direction of NIAID Director and COVID government czar Dr. Anthony Fauci, skirted laws and crossed ethical boundaries.

According to the document:

“Here is a description of how gain-of-function research was conducted on a virus to make it transmissible to humans and to potentially make it more deadly to humans (in other words, the creation of SARS-CoV-2):

Senator Rand Paul has doggedly exposed Dr. Fauci’s lies and prevarications concerning what types of research was going on in Wuhan and elsewhere, and how his agency was funding the research.

Paul and many others have had to battle not only a web of deception regarding the history of government funding of virus research and COVID policies that have had little basis in objective science, but also censorship from de facto monopoly tech social platforms working directly with agencies like the CDC.

The full document sent to Congressional members can be found here.