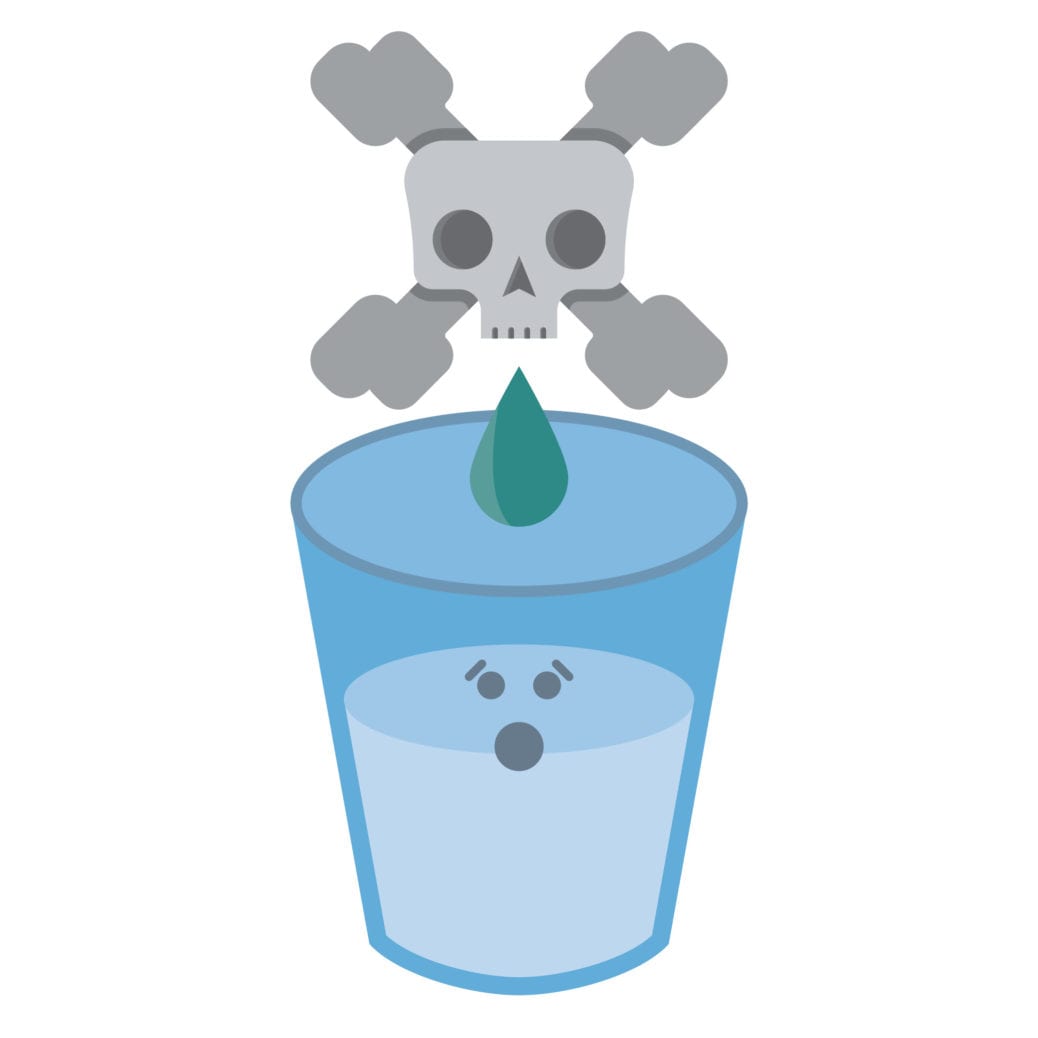 Keep drinking the water in cities across the United States, and you’ll be long dead before the climate changes.

Besides the tons of chemicals, pesticides, and industrial poisons pumped and sprayed into the earth, water, air, and food, the Defense Department has cited 401 bases in the U.S. that release the firefighting foam-containing chemical polyfluoroalkyls (PFAS), toxic chemicals that are in drinking water in cities and suburbs across America… including some of the country’s largest metropolitan areas.

PFAS are a group of over 4,000 synthetic chemicals that have been produced by industries since the 1940s. They are primarily used in fire retarding foams, non-stick cookware, water repellents, waterproof clothes, carpets, textiles, and take-out containers.

These toxic chemicals do not break down naturally and accumulate over time in humans, animals, and the overall environment. But their most common source is groundwater. Because they take such a long time to break down and are so difficult to destroy, PFAS are often referred to as “forever chemicals.”

The latest report from the EWG, collated by three Ph.D. experts in environmental health, along with new academic research, provides details showing PFAS chemicals are now detectable in most of the major water supplies across the U.S. Over 16 million Americans could have levels above what the EPA consider normal.

EPA Slow to ActIn February 2017, DuPont settled over 3,550 PFOA lawsuits (PFOAs are a chemical within the family of PFAS). According to the Business & Human Rights Resource Centre, leaked company documents revealed DuPont knew PFOAs were dangerous to human health back in 1961.  In 1984, DuPont was aware the PFOAs they were producing were leaching into the local water supply. Yet, they did not disclose the health hazard to either their own workers or the surrounding community.

Documents proved the company dumped and emitted almost two million pounds of the toxic chemical between 1951 and 2003.

And where was the EPA during all this? Despite being aware of the problem for years, not until last February did the EPA, the federal agency responsible for environmental protection and advocating for the health of U.S. citizens, finally act. And according to critics, it was a weak attempt.

In its statement from 14 February 2019, the EPA said it would begin the process of developing proper limits on PFOA production but did not state any specific goals.

Reacting to the limited EPA action, Senator Tom Carper of Delaware, the state where DuPont has its corporate headquarters, stated, “It has taken the EPA nearly a year just to kick the can even further down the road.”

The environmental advocacy group Delaware Riverkeeper Network said at the time that the EPA plan, “lacks any sense of urgency and offers no timely relief to people exposed to these highly toxic compounds in their water.”

In its report released 22 January this year, the EWG stated it tested samples from 44 locations in 31 states and found only one of those sites had no detectable PFAS.  Only two other locations had levels that were safe for human consumption.

Some of the highest levels of PFAS samples were from Miami, Philadelphia, New Orleans, Newark, and New York City. The high toxic levels were found to spread out from cities to neighboring suburbs.

Confirming this data, a Wall Street Journal report published on 3 February showed that some 80,000 residents live in towns outside Philadelphia where groundwater has toxic chemicals, which has come from nearby vacant military bases. The source of the toxins is the firefighting foams.

In the summer of 2018, the city of Newburgh, NY, located around 50 miles north of NYC, filed suit to put a halt to the contamination of its water supply with PFAS substances coming from nearby Stewart National Guard Base and Stewart International Airport.

The Defense Department has identified over 400 military bases around the U.S. known to contain the toxic PFAS. And yet the EPA has no system in place to monitor how much these PFAS are causing contamination nor has it established any federal standards for monitoring PFAS in drinking water.

Last September, seven states announced they would be part of a study by the Centers for Disease Control and Prevention, which will analyse health concerns around PFAS.

In comparison to the U.S., the European Union countries use far less PFAS, and they are closely regulated as pollutants.

TRENDPOST: The demand for “clean” safe water – and filters and systems to purify it – will continue to be a strong and growing market sector, as will demand for bottled water.