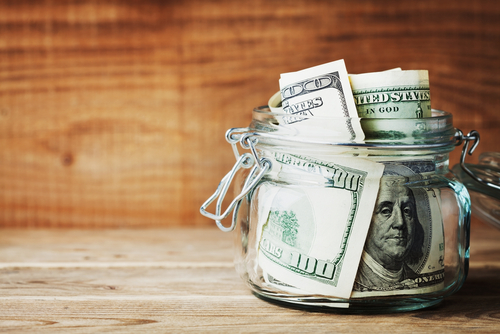 Investors who live outside the U.S. are selling their dollar-denominated stocks and bonds amid the range of market uncertainties and piling up dollars in cash, The Wall Street Journal reported.

Investors hoarding dollars has sent the buck’s value close to records against other major currencies, the WSJ said.

The WSJ Dollar Index, which values the greenback against a collection of 16 other major currencies, shows the dollar has gained about 8.5 percent this year as of 22 June.

“The dollar has assumed the role of the global stagflation hedge, with dollar cash being one of the few financial assets offering returns,” George Saravelos, a Deutsche Bank currency strategist, wrote in a note to clients.

U.S. stocks have entered, or are close to, bear markets. Europe’s Stoxx 600 index is also hovering near the border of a bear market, described as a decline of 20 percent or more from the most recent high.

Japan’s yen and the Swiss franc also have been harbors of value in the past.

However, the yen’s value has been sliding for months as the Bank of Japan has held interest rates at -0.10 percent, tamping down the yen’s value in an attempt to control domestic inflation.

The Swiss National Bank also has continued to keep its key interest rate in negative numbers.

The British pound advanced against the dollar recently after the Bank of England bumped its rate by another quarter point earlier this month to 1.25 percent.

However, the pound is still down against the American currency by about 11 percent over the past 12 months.

“With high inflation, you would expect the dollar to depreciate in the long run,” Ugo Lancioni, Neuberger Berman’s global currency manager, told the WSJ.

“That’s what the theory says, but the picture is tricky,” he added.

The dollar’s value will soften once the outlook for global growth brightens and global tensions, such as the Ukraine war, move toward settlement, he predicted.

TREND FORECAST: The dollar will remain strong because other country’s currencies are weak. And the higher the U.S. central bank raises interest rates, the stronger the dollar will get... until Wall Street crashes. Then, the reality will hit that rising interest rates are not only increasing the cost of servicing the nation’s $30 trillion debt, the high rates will crash the general economy that has been artificially propped up with zero interest rates and trillions of dollars of government stimulus.