FOR TECHNOCRATIC ELITES, THERE IS NO “NATURAL” 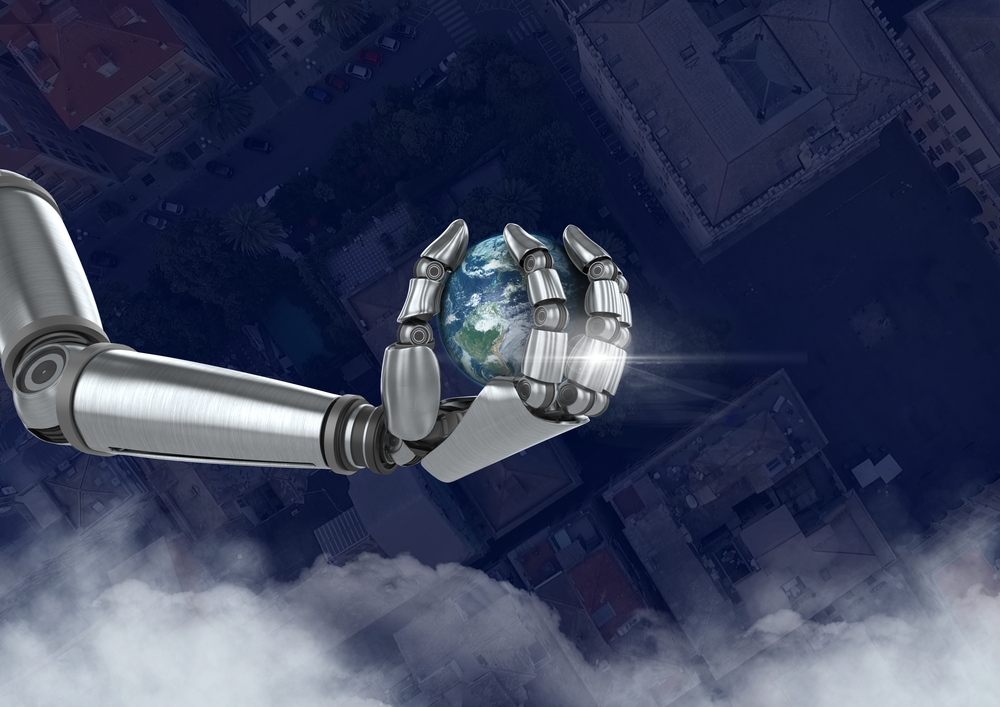 “Man the toolmaker” is an old trope defining what sets humans apart from other creatures. But what happens when what we’re changing is ourselves, as well as the world around us?

“Gender fluidity,” “transhumanism,” chimeric experimentation, radical “Great Resets” and compulsory “mRNA vaccines” can all be seen as facets of the same impulse: disregard for, or outright obliteration of the natural. According to this worldview, what exists is not ultimately fixed or immutably defined. Any aspect of “nature” is malleable to human will, imagination, and technology.

Understanding that mindset and modus operandi is key to unlocking the technocratic worldview and proscriptions for “progress.”

A recent article by Mathew Lu at the American Mind website explored some of the rationales of the worldview. He noted, “We now live a new ‘ethics of modernity’ that has habituated nearly all of us to modes of life and ways of being that are fundamentally alienated from human nature as traditionally understood.”

Lu argues that changes in mathematics and science, from apprehending an inherent “nature” of reality via geometry, etc., underwent radical re-invention beginning in the enlightenment, and culminating with modern mathematics and science. The new science is all about constructing new solutions, models, and realities, as pointed out in works like David Lachterman’s Ethics Of Geometry.

As Lu notes about Lachterman’s work:

Modern mathematics “is essentially occupied with the solution of problems, not with the proof of theorems,” and so, for the moderns, “mathematics is most fertilely pursued as the ‘construction of problems or equations’—that is, as the transposition of mathematical intelligibility and certainty from the algebraic to the geometrical domain, or from the interior forum of the mind to the external forum of space and body.” In other words, where the old mathematics described what its practitioners saw as immutable and given in the world around them, in the new mathematics, it is the practitioners’ ideas that are primary. The culmination of the modern project seeks to conform the world to the mind instead of the mind to the world.

Lu argues that a view of the world as infinitely malleable has had widespread implications in society and politics, morality, and popular culture. Technological innovations have made seemingly impossible things possible.

“Predictive modeling” is used instead of accrued real-world data to roll out mass crisis health initiatives such as the worldwide COVID vaccinations. AI-powered algorithms decide what information we access and view. Whole populations are surveilled and assigned credit scores to modify and conform behaviors to the desires of political masters.

Scientists are moving quickly from genetically modifying plants to modifying people. So-called chimeric experimentation, or mixing the human genome with that of other animals, a scenario evoked by H.G. Wells in The Island of Dr. Moreau, is already happening.

In crucial respects, “natural” is longer considered “inevitable” or even standard

Lu explained some of the conceits and consequences of the intellectual un-bounding of the will from any recognition of limits.

It is precisely this kind of distancing between model and reality that enables us to even take seriously, much less believe, a “woke” claim like someone is actually a “woman in a man’s body.” As we become more and more accustomed to living in a world of models, we eventually see ourselves and our bodies as part of our own self-generated abstractions. This ethos also explains why “intellectuals” were originally more readily drawn into thinking this way than “normal” people. People who work with their hands are much more intimately familiar with the straightforward intransigence of material reality to the human will. Wood, steel, and stone will ultimately yield, but only after a great deal of effort and a deep understanding of their proper natures. Master craftsmen become so only because they accustom themselves to the intrinsic properties of their materials and tools.

The pretensions of the technocratic mindset to upend notions of the natural as it applies to the sexes is a current rage. In a piece titled, “The War On Sex”, Alexander Riley, a Professor of Sociology at Bucknell University, noted:

But humans and nature cannot so easily be pried apart. The evidence of the biological reality of the sex difference—not just in gonads and sex cells, but in personality characteristics and behavioral profiles, on average—is overwhelming, and science is daily producing more. Male and female brains are structurally different in ways that map on to the emerging neuroscientific knowledge on how brain structure affects behavior and capabilities. The feminist claim that these differences are wholly a product of socialization becomes more implausible the more we know. In societies where egalitarian gender ideology is arguably most widespread, such as in Northern Europe, there has been no disappearance of traditional sex differences in choices concerning careers. Men are still overrepresented in fields that focus on systems and objects, and women are still the overwhelming majority in fields dedicated to extensive human interaction and social services.

The article also countered claims that “intersex” individuals (i.e., people with some physiological traits of both males and females) were a statistically significant portion of the human population:

The true estimate of intersex individuals [Physician and Psychologist] Leonard Sax argued, is roughly 0.018%, about 100 times lower than Fausto-Sterling’s estimate. That is, more than 99.98% of humans are clearly either male or female in terms of biological sex.

Everything New Is Old Again

In important respects, the idea of limitless transcendence, or living without bounds, is hardly new. It’s a notion as old as Adam. In the modern age, its conceits have shifted from religious and philosophic, to grounds more typically cloaked in science. Dizzying advances in technology have fueled a sense of inevitably to the technocratic worldview. But can nature really be defied?

Throughout much of history, elites didn’t seek so much to deny limits for themselves, as to align themselves with the gods, who were above the lot of average humans. From the Pharaoh to the “sun king” Louis XIV, to Emperor Hirohito in the 20th century, the authority of Kings to dictate, transgress, and live by a different standard was tied to their literal blood connection with deities.

Modernity famously abandoned God. But if anything, the modern technocratic mindset has only accelerated God-like aspirations for humans – or at least a privileged subset. Technocrats regularly envision enhancing themselves in virtually every respect to become, not more human, but less so.

Merging with machines is proposed to gain the mental prowess of supercomputers and the strength of robotics. Leveraging information and systems of technocratic control are seen as ways of assuming God-like powers over the average, unwashed (i.e., carbon-dirty, over-breeding, over-consuming, and now literally virus-contaminated) masses. Altering genetics is seen as a path for changing any physiological destiny.

Augmented omniscience, unprecedented societal power over others, and indefinite life extension are all considered not only within reach but perfectly desirable, by the technocratic elite. What those unbounded desires mean for the rest of us, however, is already progressively spelling, not Utopia, but a hell on earth.