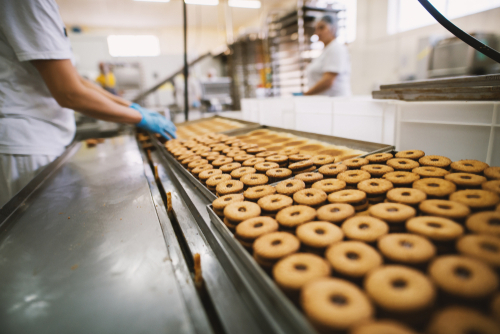 Not only restaurants are having trouble hiring: in many parts of the world, farming and food-processing sectors are finding far fewer workers than they need, Bloomberg reported.

Brazil’s coffee growers needed 120 days to close this year’s harvest instead of the usual 90, due to a shortage of pickers; Vietnam has drafted army troops to help bring in the rice crop.

Malaysia will be unable to collect almost a third of its palm oil harvest, Vietnam’s shrimp collection is 70 percent below 2019 levels, and 20 percent of southern Italy’s tomato crop has been lost because transport is unavailable amid a heat wave, a farmers association has announced.

In Britain, farmers are pouring milk down the drain because there are too few truck drivers to collect it all before it spoils; some farmers are milking less often because they lack enough workers to maintain the usual schedule.

Also in the U.K., fast-food chain Nando’s closed 50 restaurants due to a shortage of chicken meat and some gas stations have run out of fuel, complicating supply-chain issues even more.

The U.K.’s logistics chaos has been made even worse by a COVID track-and-trace app that notifies a person if they have been in close contact with someone who has tested positive for the virus. If the app pings a person with a notice and that person fails to immediately quarantine for two weeks, resulting fines can reach as much as £10,000 – equivalent to $14,000.

U.S. wholesalers Sysco Corp., United Natural Foods, and others report delays in getting a range of items. In the U.K., some grocers are facing short supplies of bread and chicken, while Britain’s McDonald’s restaurants ran out of milkshakes last month.

In the U.S., KFC has pulled television ads for its chicken tenders, the supply of which is shrinking due to a shortage of workers in poultry plants, Bloomberg said.

That makes good news for workers.

For them, the current economy offers “choice where choices may not have existed in the past,” making it harder to fill less desirable jobs, Decker Walker, agribusiness specialist with the Boston Consulting Group, told Bloomberg.

Companies are so desperate for help that at Smithfield Foods in South Dakota, workers on the pork processing line can choose Apple Watches or iPads as bonuses after they complete 60 days on the job, a company spokesman told Bloomberg.

Whether stooping for hours to pick strawberries in sweltering heat, risking carpal tunnel injuries and lost fingers on a poultry processing line, or milking a herd of cows after dark in a sub-freezing Minnesota barn, agricultural work “is a physical job,” Jon DeVaney, president of the Washington State Tree Fruit Association, said to Bloomberg.

For fruit pickers, “you are picking fruit and carrying it up and down ladders, so if your alternative is pushing buttons indoors on a cash register, that might be more appealing,” he acknowledged.

Agricultural workers are not in short supply worldwide; mainland Europe sees no lack and China and India, where labor is plentiful, have enough farm and food workers, Bloomberg noted.

TREND FORECAST: For countries where agricultural and food-processing workers are scant, higher pay may persuade workers to stay in, or return to, the fields and factories. Still, the COVID crisis has realigned entire sectors of the economy and agribusiness will continue to struggle to find enough workers as long as there are better options available.

Three trends will grow stronger as a result.

First, more people will shop at farmers markets and other local sources of produce in season if not enough fruits and vegetables can be trucked in from farther away.

Second, indoor farming will gain more interest as the ongoing trend toward fresh, local foods is spurred by a lack of greens supplied by the usual growers. We first reported on this trend in “The Rust Belt Goes Green” (1 May 2014).

Third, conventional outdoor farms will be pressured to enlist robots to handle routine tasks such as planting and weeding. Farm robots are pricey, but, as we said in “Robots Take the (Farm) Field” (4 May 2021), farmers and government agencies are exploring ways to make robotic farm equipment affordable, including subsidies and also purchasing through co-ops that could give a dozen or more farmers access to the same machines.