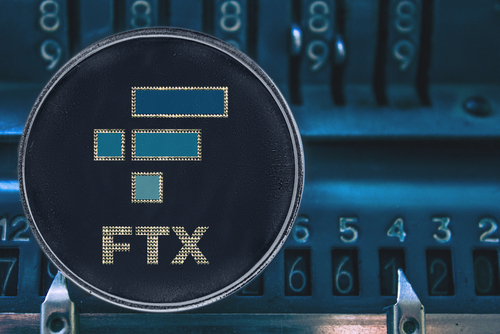 The cryptocurrency exchange FTX rose in value to $25 billion through a new $420-million funding round that drew investors including the Ontario Teachers Pension Plan and funds managed by Blackrock, according to The Wall Street Journal.

FTX had raised $18 billion in July.

Between the two rounds, Bitcoin’s value soared, taking other cryptos higher with it, after the U.S. Securities and Exchange Commission permitted Proshares’ Bitcoin ETF to begin trading.

FTX, barely two years old, averaged $13 billion in trades on an average day so far this month, ranking it as the world’s third-largest crypto platform behind Binance and OKEx.

Much of the volume comes in the form of crypto derivatives, high-risk bets on whether a coin’s value will rise or fall.

FTX recently relocated its main office from Hong Kong to the Bahamas, where regulators are friendlier.

To avoid running afoul of stricter U.S. oversight, FTX has declared itself off-limits to U.S. investors.

However, “we’re starting to see the tip of the iceberg in terms of institutional cryptocurrency-related products, with the Bitcoin futures ETF that just launched,” FTX founder and CEO Sam Bankman-Fried told the WSJ.

He hopes FTX will eventually be offering crypto opportunities in the U.S.

The Firefighters’ Relief and Retirement Fund in Houston, Tx., has bought $25 million in Bitcoin and Ether as Bitcoin broke toward $70,000 after the U.S. Securities and Exchange Commission approved trading in the crypto’s futures contracts by the first U.S. Bitcoin exchange-traded fund.

The firefighters’ fund has $5.5 billion in assets and 6,600 individuals invested in it.

Many retirement funds are turning to crypto as part of a riskier investment strategy to boost yields as they struggle to cover the benefits they owe now and, increasingly, in the future, the WSJ noted.

ForUsAll, which manages 401(k) plans for more than 30 companies across the U.S., recently signed an agreement with Coinbase Global that will allow individuals to invest a sliver of their retirement funds in digital assets.

TREND FORECAST: Again, the more businesses and investment groups that go crypto, the higher the prices will rise. And the more money that goes into the cryptos, as we have long forecast, the less that will go into precious metals. However, we maintain our forecast for gold and silver to increase when high interest rates slash economic growth and crash the overvalued equity markets.