FLORIDA VS. CRUISE LINE & CDC. “FREE” SPEECH FOR THE BIGS 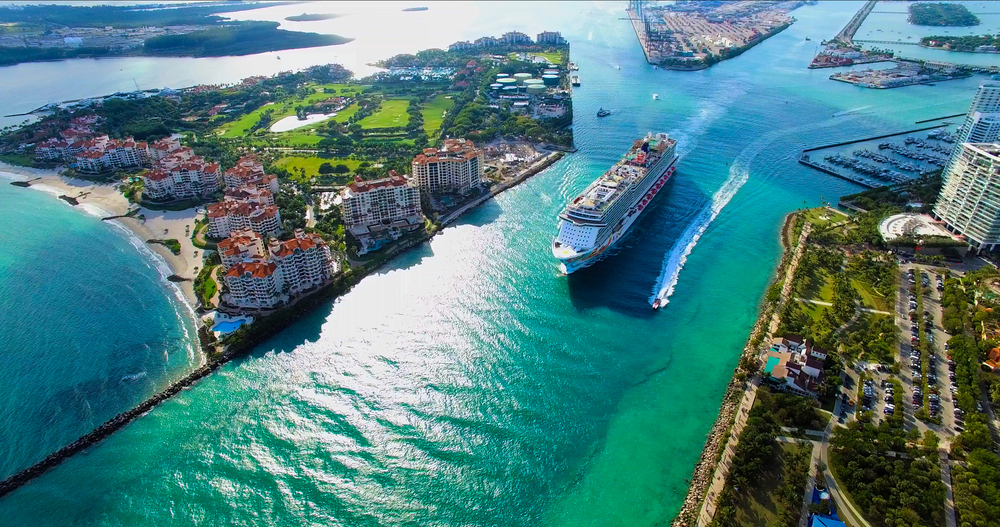 Florida is a cruise hub that in 2019 accounted for 60 percent of U.S. cruise embarkations. Norwegian Cruise Line Holdings Ltd., based in Miami, is set to resume cruises to the Caribbean from Florida on 15 August, after a yearlong shutdown and an adjusted Net Loss of $2.2 billion in 2020 because of the COVID-19 War.

The cruises may resume if the operators comply with a directive from the Centers for Disease Control and Prevention by requiring full vaccination of all crew and passengers, including children, for all initial sailings through 31 October.

But this puts Norwegian's policy at odds with the State of Florida's policy barring discrimination on the basis of vaccination status. Under that policy, Norwegian could be fined up to $5,000 for each person from whom it requires proof of vaccination status. And so, as reported in the Wall Street Journal on 14 July, Norwegian is suing Florida to stop enforcement of that policy.

The suit is directed at Florida's surgeon general and filed in the U.S. District Court for the Southern District of Florida. It seeks to block the ban on requiring proof of vaccination, and to declare the ban unlawful. The surgeon general was named because his is the state agency with authority to enforce the ban.

In May, Florida Governor Ron DeSantis announced, "Your personal choice regarding vaccinations will be protected, and no business or government entity will be able to deny you services based on your decision." Florida's position is that requiring proof of vaccination is discriminatory in general, and particularly against children (who are, statistically, highly unlikely to contract or spread the virus) and those who, for one reason or another, cannot be vaccinated.

In a Blink of a “Legal” Eye

On 17 July a panel of judges on the 11th Circuit Court of Appeals, based in Atlanta, voted 2 to 1 to stay an order that had been issued last month in Tampa. That order blocked the Centers for Disease Control and Prevention's directive which would have permitted cruise ships to resume operating provided that passengers could provide proof of vaccination against COVID. The State of Florida opposed the requirement of proof as discriminatory, and viewed the Tampa ruling as being in Florida's interest.

TRENDPOST: For well over a year, in dozens of articles, as the facts prove, the Trends Journal has stressed, children are neither at great risk from the virus nor are spreaders of the virus; as we stated in our November 2020 article, "KIDS DON'T SPREAD COVID," the COVID recovery rate for those aged 1 to 20, according to the CDC, is 99.997 percent!

Yet, there is a massive push to have them vaccinated and yesterday, the American Academy of Pediatrics declared that children from 2 years of age on up should be masked up when they go to school... even if they got the COVID jab.

And, of course, we have reported extensively on the ineffectiveness of masks and the dangers associated with them (mental and physical) when continually worn, including the 12 January 2021 article: “STUDY: MASKS HARMING CHILDREN.”

So the legal wrangling pits the State of Florida against both Norwegian and the CDC. Norwegian claims that, by blocking information about who is vaccinated and who is not, Florida is impinging on the First Amendment's protection of free speech, and is also interfering with interstate and international commerce, of which the authority to regulate is Constitutionally delegated only to Congress.

These arguments, according to Lawrence Gostin, professor of global health law at Georgetown University, give Norwegian's lawsuit "a reasonably strong chance to succeed."

Should it not succeed, the cruise line company, facing lost revenue of some 4 million per ship for each 7 day cruise it's compelled to cancel, may choose to abandon its Florida operations entirely, or else revise its operations in ways that will be "costlier, less-safe," and "beneath our brand and the quality of experience our passengers have come to expect..."

TRENDPOST: In America, the Land of Hypocrisy, as we detail in the Trends Journal and have been over the past decade, anyone disagreeing with what Big Tech and the government is selling is censored. However, for Norwegian to claim that by blocking information about who is vaccinated and who is not, Florida is impinging on the First Amendment's protection of free speech, exemplifies how it is prohibited for We the People of Slavelandia to speak our minds, but it is an apparent Constitutional Right for the Bigs to say – and do – as they please.

TREND FORECAST: As we reported, censorship has become the way of the world. We have written many articles and made trend forecasts of how governments across the globe would be silencing those that would not toe the party line.

Among them is our 19 September 2018 article “Media censorship trend to escalate,” where we wrote:

“Look no further than Facebook Chief Operating Officer Sheryl Sandberg’s and Twitter CEO Jack Dorsey’s recent testimony before the Senate Intelligence Committee. It could not be clearer: These tech giants will aggressively, relentlessly smoke out the ‘bad actors’ and ‘block them,’ and you too, of course, from sharing any “undesired” content.”

Indeed, one of our Top Trends for 2019 that we wrote a year before the COVID War was launched was “CENSORSHIP 2019.” We had forecast that:

Governments across the globe, regardless of what political doctrine they profess, in collusion with social media giants, will accelerate the

While Google, Facebook and Twitter will dominate market share for the foreseeable future, market gaps will widen. They’re ready to be filled by nimble, trustworthy First Amendment-driven OnTrendpreneurs® having 2020 foresight to host sites to circumvent the government/media monopolies.

We had forecast that censorship of media will escalate throughout the “free” world. In many countries, especially in the Divided States of America, people tune into their favored sources that support their narrow agendas and fixed belief systems, ignoring alternative or multiple sources of information.

A key tenet of trend forecasting is to seek all sides of issues and events with an open mind, rather than adhere to a fixed belief system. Thus, “It’s not what you want to hear, it’s what you need to know.”