FINLAND: NO NATO FOR NOW 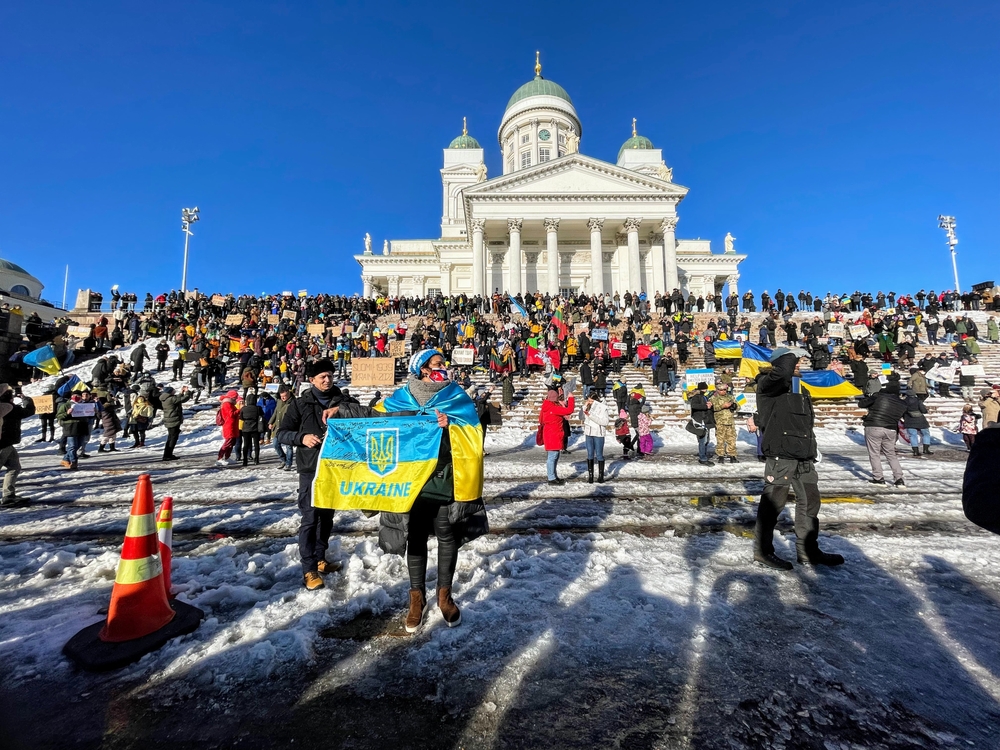 The Western media has been degraded down to nothing more than a bad joke. A whore house of Presstitutes who put out for their government pimps.

And, oh, how the U.S. media championed those lies and cheered on Obama.

The Afghan War, which Daddy’s Boy George W. Bush launched in October 2001, only went on for another 11 years which ended in a disastrous U.S. defeat when Joe Biden pulled out the U.S. troops last year... a war that cost trillions to kill hundreds of thousands of innocent Afghans, destroyed their nation, and drove them into deep poverty.

Bravo! The Afghan War that 88 percent of Americans supported.

Remember Bush’s “Mission Accomplished” Iraq War that dragged on for over a decade ending in yet another of a long string of America’s military defeats after killing over 800,000 civilians and destroying their nation?

Why do we note this?

Since Russia launched the Ukraine War a month ago, the Western media—once again parroting the same idiots who were military “experts” during America’s long string of losing wars—have been degrading Russia’s military, declaring that their invasion of Ukraine was stalled and Ukraine forces would defeat Russian troops.

America was stalled for 20 years in its losing Afghan War and these “official” frauds are mocking Russia for not swiftly defeating the Ukraine Army that has been heavily armed by the U.S. and NATO after one month?

Not Deaf, Dumb or Blind

But countries like Sweden and Finland have both recently signaled trepidation about joining NATO due to the Russian threat.

Sauli Niinistö, the Finnish president, expressed his own doubts last week about Helsinki’s possible move to enter NATO as a full member—pointing out that its membership could increase tensions in Europe and may open his country up to hybrid threats from Moscow like cyber attacks.

Niinistö told the Financial Times that the mood in his country has shifted in support of NATO membership, but he said the membership comes with its own risks.

A recent poll showed that 62 percent of the country’s population supported NATO membership, which was up from 53 percent at the start of the war. (See “SWEDISH PRIME MINISTER: NO TO NATO.”)

He said the country has focused on defense and although it only has a population of 5.5 million, it has about the same number of reservists as Germany with a population of 83 million.

Finland, which shares an expansive, 830-mile border with Russia was invaded by Russia during WWII, which resulted in a brutal confrontation that ultimately resulted in Helsinki and Moscow signing a peace treaty in 1948, which included Finland's assurances that it will not join NATO.

“Finland says that joining NATO would bolster its security but increase tensions on its border with Russia and expose it to Russian hybrid threats,” Samuel Ramani, a tutor of politics and international relations at the University of Oxford, tweeted. “Estonia’s experience accords with this outlook.”

Niinisto's comments come about a week after Swedish Prime Minister Magdalena Andersson said she will not attempt to join NATO due to concerns that its effort will further inflame the continent. Russia warned Finland and Sweden of “serious military and political repercussions” if they decided to join NATO.

NBC News reported that the Swedish and Finnish forces are playing the role of enemy and U.S. and others are defending Oslo.

Time magazine pointed out that both Sweden and Finland, who are “enhanced opportunity partners” with the alliance, have sent arms to Ukraine.

TRENDPOST: Russia's invasion of Ukraine showed that Moscow has red lines that it will defend and Sweden and Finland know this.

Sauli Niinistö told broadcaster YLE that NATO's door remains open, but wanted to warn MPs about the potential downside of membership. He floated the idea of a hybrid model to NATO that would increase defense partnership with the U.S. and Sweden outside of NATO.

And, as we have long pointed out, among the reasons that many NATO nations did not want Ukraine to become a full alliance ally was because of the looming threat from Russia, which has now become a reality.

Also, a war with Russia, which has one of the world's largest militaries and a large nuclear arsenal, may also spark a war with China, India, and Pakistan, etc., that are forming strong alliances with Russia. (See “BEIJING: STOP WESTERN SANCTIONS ON RUSSIA.”)