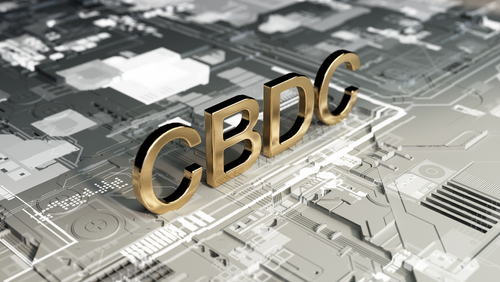 A press release on 4 October may have just signaled that the Federal Reserve is taking a step on the way to a CBDC (Central Bank Digital Currency).

According to the release, the Fed is gearing up to adopt the ISO 20022 message format for its Fedwire Funds Service, and has invited public comment on the matter.

The Fedwire Funds Service is a real-time gross settlement system owned and operated by the Federal Reserve Banks. It enables businesses and financial institutions to transfer funds quickly and securely.

The ISO 20022 format was developed by the International Organization for Standardization, which is an independent, non-governmental organization that publishes standards for a broad range of industries.

According to the Fed announcement:

“The change will allow for enhanced efficiency of both domestic and cross-border payments, and a richer set of payment data that may help banks and other entities comply with sanctions and anti-money laundering requirements.”

A number of current crypto networks feature ISO 20022 compliance, and rumors quickly swirled about their possible use in implementing the change in the Fedwire Funds Service.

Ironically, Ripple (XRP), which is currently embroiled in a lawsuit with the SEC over the nature of its tokenized network, was one of the cryptos attracting speculation. Ripple specializes in facilitating cross border payments between institutions, and is ISO 20022 compliant.

Ripple has previously suggested itself as a platform for a projected official US CBDC, and Hedera is another project that has proponents. The Trends Journal previously covered that story in “U.S. CBDC TAKING ITS TIME RISING WITH PROJECT NEW DAWN?” (21 Sep 2021).

Hedera and Quant (a project focused on interoperability for Distributed Ledgers) have features and compliance that could make them prospects for integration in use cases similar to what the Federal Reserve appears to be moving toward.