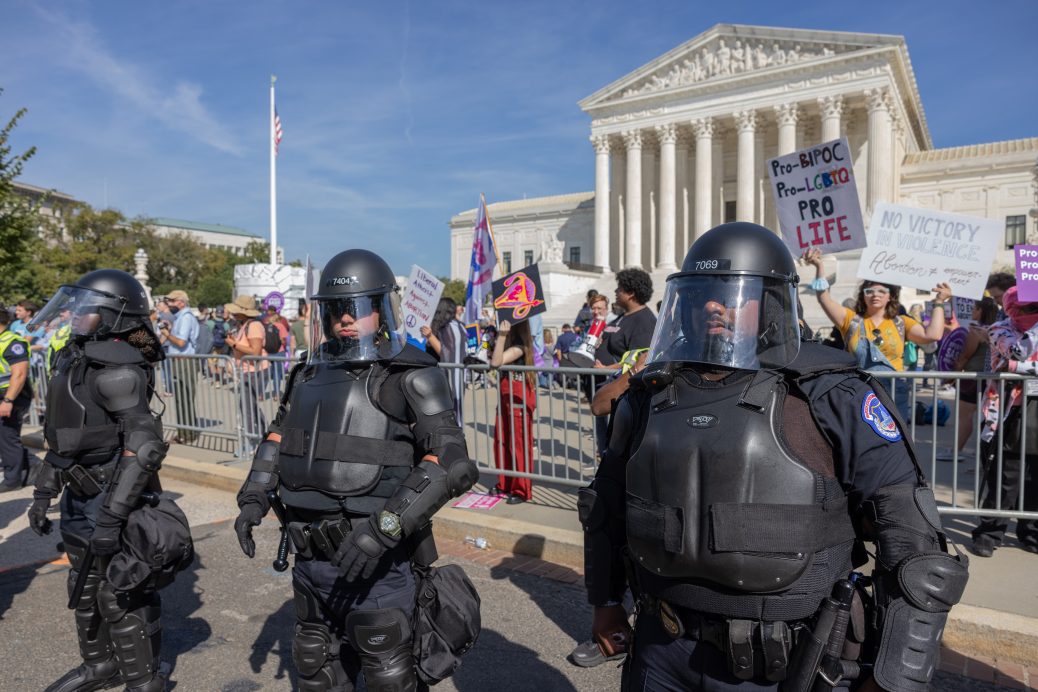 Cruz rightly condemned Garland for mobilizing the FBI to act on a vitriolic letter by the National School Boards Association (NSBA) that claimed parents constituted a “domestic terrorism” threat.

Among other things, the letter asserted that "acts of malice, violence, and threats against public school officials... could be the equivalent to a form of domestic terrorism and hate crimes."

It turns out the letter was part of a premeditated effort by the association, working with the Biden administration, to intimidate anyone parental opposed to their radical “Critical Race Theory” and COVID mandate agendas.

Unfortunately, it's likely that nothing will change from rhetorical victories.

Since the 1990’s, the FBI has operated more and more pervasively as a political police force, engaging in set-ups and subterfuge...

They have targeted enemies to further political agendas, and have actively manipulated events to achieve outcomes that have allowed the pursuit of a more comprehensive police state, where average citizens are less free to exercise Constitutional rights, and government is more empowered to suppress and even criminalize opposition to their dictates.

An excellent recent article at conservativetreehouse.com eviscerated two of the more recent smear missions of the FBI: the kidnapping plot of Michagan Governor Gretchen Whitmer, and the January 6 Capitol protest.

In both cases, the FBI set out not only to entrap a group of participants into criminal activities. They created and encouraged criminal events in order to use them to smear and suppress political movements.

Gretchen Whitmer stood out in 2020 for enacting some of the most stringent COVID lockdowns measures in the nation. At the same time, she was rightly reviled for hypocritically breaking her own mandates.

As political opposition to the lockdowns escalated, and protesters assembled rallies and a recall effort, a “kidnapping plot” against Whitmer suddenly broke in the news.

Local news outlet abc12 at the time described the events that led to the October arrests of the plotters, as per the FBI:

The plot was reported relentlessly in the media, and was used by authorities to cast opposition to the Governor and other COVID policy hardliners as dangerous, radical and violent.

But it turned out the entire kidnapping plot was the brainchild of the FBI. The agency actively sought out a few requisite discontents, and manipulated them all along the way in the progress points of the plot.

As the Conservative Tree House pointed out, 12 of 18 suspects involved were working for the FBI from the outset. In other words, 12 dedicated FBI operatives managed to rope only six others into a grand conspiracy to create a self-sufficient society that followed the U.S. Bill of Rights, and overthrow a hypocritical Governor who is still lying about how many nursing home patients here COVID policies killed.

The January 6 Washington DC protests presented another opportunity for the FBI to undermine legitimate public political and protest rights.

Organized in the aftermath of the November 2020 presidential election, the FBI knew for weeks that the protest was shaping up to be massive.

People across the country were appalled by widespread evidence of voter irregularities and fraud, manipulation of voting processes by mega billionaires like Mark Zuckerberg and George Soros, and systematic suppression of political speech on social media platforms, all designed to benefit Joe Biden.

A trespass into the Capitol building that occurred on January 6 was nothing new in terms of politics. (See the Democrat activist occupations of the Hart Senate Office Building and the Wisconsin State House, as referenced in “POLITICAL PRISONERS IN THE U.S.A.,” 2 March 2021.)

But the overall scene of thousands at the Capitol was twisted into a narrative of “insurrection.” Over 600 protestors, most of whom did nothing more than trespass, have been held as political prisoners.

Americans have largely been cowed from further protests in the months since, over the election, or unpopular COVID policies and vaccine mandates.

But just like the Whitmer case, evidence is now coming to light that the FBI infiltrated groups involved in the January 6 protest, not just to monitor potential criminal activity, but to actively incite such activity.

Massie specifically brought up Ray Epps, a former leader with the Arizona chapter of Oath Keepers, and showed a video of Epps inciting a crowd to trouble.

The FBI has notably not arrested Epps in connection with the Capitol protest, and has actually removed his picture from an FBI “Capitol Violence” website page.

It appears to be shaping up as another case where the FBI was setting up a smear.

The Dangerous Devolution of the FBI

The Whitmer case and the January 6 protest are the latest instances in a line of FBI abuses and derelictions of duty that have piled up over the last 25 years.

The Conservative Tree House article catalogued a tragic trail of incidents that have eroded trust and marked the devolution of the FBI into a dangerous organ of political manipulation.

Among the many lowlights include:

The FBI has also repeatedly failed to act on prior knowledge of specific dangers posed by many individuals who committed crimes. Some of those crimes ended up sparking political objectives with respect to more stringent “anti-terrorism” and gun control laws, etc.

A selection of those incidents and persons include:

The circumstances and information surrounding 9/11 are a tragic and expansive subject all its own. But to give just a few examples of the dereliction and strange incompetence of the FBI (and other government agencies):

There are other events, including the bizarre FBI investigation of a mass shooting in Las Vegas during a country music concert, which resulted in no explanation of the possible motives of the attacker, or much about the event at all, despite the fact that 60 people were killed and 411 others were wounded.

But as Wikipedia noted, the shooting did focus political “attention on firearms laws in the U.S., particularly with regard to bump stocks, which Paddock used to fire shots in rapid succession.”

According to a final report issued on the deadliest mass shooting committed by an individual in the history of the U.S., the experts at the FBI could determine no clear motive for the attacker’s actions.

On August 3, 2018, Clark County Sheriff Joe Lombardo held a press conference on the release of the report. According to wiki:

“A report published by the FBI's Behavioral Analysis Unit in January 2019 said that ‘there was no single or clear motivating factor’ for the shooting.”

One group did claim to know the attacker’s motive: ISIL. The terrorist group Islamic State of Iraq and the Levant (ISIL) claimed that Paddock was its "soldier" who had answered Abu Bakr al-Baghdadi's call to attack coalition countries' citizens. Yes, the same al-Baghdadi later killed by U.S. forces in a drone strike.

But the FBI has maintained that despite ISIL’s claim, the Las Vegas shooter had no known ties to the group.

More on the warping of the FBI into a corrupt and politicized tool of subterfuge can be read in the excellent conservativetreehouse article here.