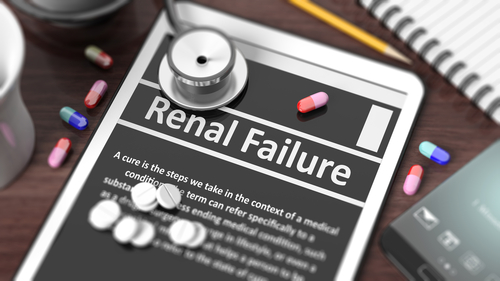 Remdesivir has significantly higher incidences of serious side effects than cheaper drugs like hydroxychloroquine and Ivermectin, that many frontline doctors say are effective against COVID.

Despite that, Remdesivir remains the only FDA approved drug to treat symptoms of COVID-19.

Other countries including India and Japan have authorized hydroxychloroquine and Ivermectin for use in treating COVID.

And multiple studies, including some recent ones available on the NIH website, underscore the efficacy of these cheap, relatively safe drugs.

So why is their use suppressed by the CDC and FDA, while Remdesivir was given the green light?

The answer, like so many aspects of COVID, leads directly to profit-seeking pharmaceuticals and their government partners and allies.

In the case of Remdesivir, government agencies have invested millions in its research and development, and via patent rights and other aspects, have a considerable financial stake in its use.

In contrast, Ivermectin and hydroxychloroquine have been in use for decades, are cheap to produce, and are no longer under lucrative patents.

Remdesivir was first developed in 2009 as an antiviral drug for use against Hepatitis C. Later, it was tried against Ebola. In both cases, the drug showed little efficacy, while also demonstrating serious side effects, including kidney (renal) failure, and other organ damage.

The millions poured into the drug by its maker, Gilead, but also by Federal agencies funding its research and development, seemed lost.

But with the advent of COVID, Dr. Anthony Fauci, one of the leading governmental authorities directing COVID response, began to strongly advocate for the use of Remdesivir to treat COVID.

At the same time, Fauci reacted negatively to reports from frontline doctors that hydroxychloroquine, when used with antibiotics and zinc, was showing effectiveness in treating COVID.

Remdesivir was approved by the FDA as an official treatment against COVID in October 2020.

That was despite a study published in April 2020 in the New England Journal of Medicine that showed serious side effects and limited benefits from the drug.

The study, titled “Compassionate Use of Remdesivir for Patients with Severe Covid-19”, found:

“Four patients (8%) discontinued remdesivir treatment prematurely: one because of worsening of preexisting renal failure, one because of multiple organ failure, and two because of elevated aminotransferases, including one patient with a maculopapular rash.”

In 2021, Fauci, the CDC and FDA have continued to suppress and discount Ivermectin and hydroxychloroquine as “unproven” and even unsafe for use against COVID.

The American media has played dutifully along, even as other nations authorized use of the cheap palliatives and reported good results.

In August the mainstream media, led by the AP, ran with an uncorroborated story about Ivermectin supposedly associated with a rash of emergency room visits in Oklahoma. The story was thoroughly debunked.

But meanwhile, studies including one published in May 2021 by the American Journal of Therapeutics strongly confirmed the efficacy of Ivermectin:

Meta-analyses based on 18 randomized controlled treatment trials of ivermectin in COVID-19 have found large, statistically significant reductions in mortality, time to clinical recovery, and time to viral clearance. Furthermore, results from numerous controlled prophylaxis trials report significantly reduced risks of contracting COVID-19 with the regular use of ivermectin. Finally, the many examples of ivermectin distribution campaigns leading to rapid population-wide decreases in morbidity and mortality indicate that an oral agent effective in all phases of COVID-19 has been identified.”

Like many things related to COVID, Dr. Anthony Fauci figures large in the story of how Remdesivir became the expensive drug of choice to treat COVID.

But just as Fauci has come under increasing fire for funding controversial and dangerous gain-of-function experiments that may well have created COVID, he may be destined to account for his role in favoring Remdesivir over other treatments.

Cases of patients in hospitals experiencing serious side effects from Remdesivir including renal failure continue to mount.

And deaths of people denied the right to try safer drugs like Ivermectin and hydroxychloroquine are also on the hands of officials who have blocked the “right to try.”