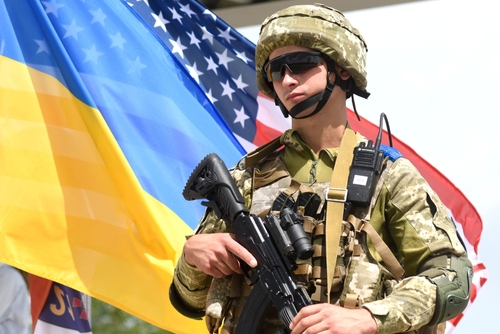 Six years ago, back in April 2016, the Trends Journal reported that U.S. European Commander chief and Supreme NATO Commander Air Force General Philip Breedlove was stepping down after enthusiastically overseeing a level of military confrontation between the U.S., its NATO allies and Russia unprecedented even during the darkest days of the Cold War.

To replace him, President Barack Obama, selected Army Gen. Curt Scaparrotti who has made clear that he too was determined to rush down the same fateful road toward Russian confrontation.

In testimony to an uncritical Senate Armed Services Committee, Scaparrotti said he was determined to maintain the forward presence of U.S. naval vessels in the Baltic and Black Seas despite the close encounter between Russian combat bombers and the Aegis missile cruiser USS Donald Cook on 12 April of that year.

“From a military perspective, we should sail and fly wherever we are allowed to by international law, and we should be strong, clear and consistent in our message in that regard,” he insisted.

Scaparrotti was equally unyielding in his determination to support the chaotic, corruption-filled and Nazi-militia-supported regime of President Petro Poroshenko in Ukraine.

“I believe that we should continue both assistance and aid in the kinds of assets that they (the Ukrainians) need in order to defend their country, their sovereignty and their territorial integrity, and that we ought to continue building partnership capacity to help them do that on their own,” Scaparrotti said.

TRENDPOST: These facts that we presented are totally ignored by the media. We have greatly detailed America’s role in overthrowing the democratically elected Ukraine President in 2014. Scaparrotti openly acknowledged that the U.S. has provided military training and assistance to Ukraine.

As we have been reporting, the western media no longer reports on the U.S.-backed overthrow of Ukrainian President Viktor Yanukovych in 2014. Elected in 2010 to succeed Viktor Yushchenko, who was championed by the U.S. when it ostensibly launched the Orange Revolution in 2004 that put him in power, Ukraine’s Central Election Commission and international observers declared that the 2010 presidential election was legitimate and fairly conducted.

Also completely absent in the Western media reports is the role Washington and Victoria Nuland, the Assistant Secretary of State for European Affairs at the time, played in the overthrow of its government in 2014.

Nuland, who speaks Russian and French, boasted that Washington had invested $5 billion in non-governmental organizations (NGOs) in Ukraine.

Allegedly, the purpose of NGOs is to “teach democracy.” Ukraine, however, already had a democracy. In reality, the NGO organizations are U.S. fifth columns that can be used to organize protests and to provide support for Washington’s candidates for the Ukraine government.

Indeed, in early February 2014, a recording was leaked of Nuland, telling Geoffrey Pyatt, the U.S. Ambassador to Ukraine, that the UN was on board to “help glue” the plan to replace Ukrainian President Victor Yanukovych with Arxeniy Yatsenyuk. “Yats is the guy,” Nuland informed Pyatt, urging her to move quickly because “the Russians will be working behind the scenes to torpedo” the deal.

TRENDPOST: Long forgotten was the U.S. and NATO’S pledge not to expand into Eastern Europe following the deal made during the 1990 negotiations between the West and the Soviet Union over German unification.

As detailed in The Los Angeles Times back in May of 2016, while the U.S. and NATO deny that no such agreement was struck, “...hundreds of memos, meeting minutes and transcripts from U.S. archives indicate otherwise.”  The article states:

“According to transcripts of meetings in Moscow on Feb. 9, then-Secretary of State James Baker suggested that in exchange for cooperation on Germany, the U.S. could make ‘iron-clad guarantees’ that NATO would not expand ‘one inch eastward.’ Less than a week later, Soviet President Mikhail Gorbachev agreed to begin reunification talks. No formal deal was struck, but from all the evidence, the quid pro quo was clear: Gorbachev acceded to Germany’s western alignment and the U.S. would limit NATO’s expansion.”