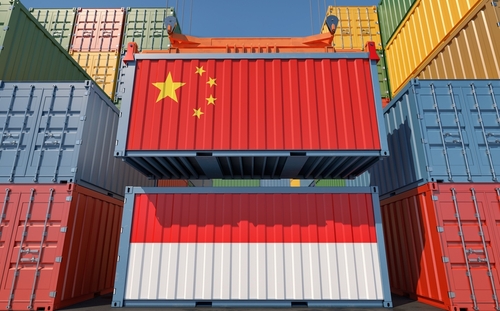 China’s foreign trade grew 23.7 percent from January through August this year, compared to 2020, to a value equivalent to about $3.4 trillion, according to the country’s General Administration of Customs (GAC).

Exports grew 23.2 percent over the period and jumped 25.6 percent in August alone, up from July’s 19.3 percent and zooming past analysts’ projected 17 percent.

Many economists had expected the surging Delta variant to slow China’s economy significantly more than it has, The Wall Street Journal reported.

Renewed demand for electronics, furniture, and recreational products likely was driven by western retailers stocking their inventories for the winter holiday shopping season, economist Sheana Yue at Capital Economics wrote in a research note cited by the Xinhua news service.

During the period, the value of China's trade with the Association of Southeast Asian Nations, the European Union and the United States—its three largest trading partners—grew 22.8 percent, 22.1 percent, and 25.8 percent, respectively.

Year over year, imports rose 24.4 percent over the eight-month period, beating analysts’ consensus prediction of 25.7 percent and notching gains of 28.1 percent in July and 33.1 percent in August, the GAC reported.

August was the 15th consecutive month in which the country increased its foreign trade, government data showed.

Rising prices of raw materials, supply-chain complications—especially in overseas shipping—and gyrations in exchange rates, as well as the ongoing effects of the COVID surge on consumer spending all could crimp the country’s future trade and overall economic performance, warned Tu Xinquan, professor at the University of International Business and Economics, in comments to Xinhua.

China booked trade surpluses of $56.6 billion in July and $58.3 billion in August, the WSJ noted.

TRENDPOST: While the U.S. has been adventuring in geopolitics and nation-building—spending $300 million every day on its quagmire in Afghanistan, according to many sources—China has been waging and winning a slow conquest of the world’s economy.

We predicted China’s economic dominance as far back as 29 November, 2017, in “Celente on China’s Rise, America’s Decline,” and ranked China’s rising economic power as a Top Trend 2021. We have been documenting its rising power in our series throughout this year on “The Rise of China,” beginning with our first issue this year on 5 January.

As we have said in November 2017 and repeatedly since, we continue to see China emerging as the world’s strongest economy within ten years, with its yuan becoming the world’s reserve currency of choice when its dominance is complete.

That is the price the U.S. will pay for its mistaken belief that the most meaningful kind of world power is achieved through military might instead of economic strategy.