EUROZONE CONSUMER RISING: WILL IT LAST? 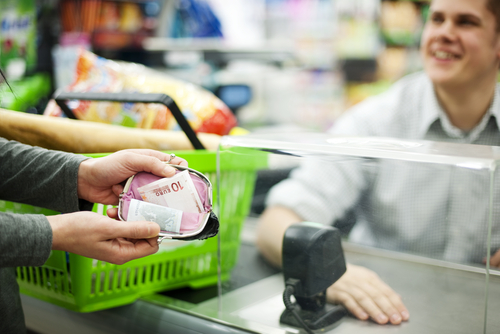 Despite supply chain chaos and a pending energy crisis, citizens of the 19-country Eurozone are spending at a rate not seen since the COVID virus arrived, the Financial Times reported.

The Organization for Economic Cooperation and Development’s real-time data tracking system showed spending at or above pre-COVID levels in most Eurozone countries, the group reported.

Schools have reopened and workers are returning to their offices, according to Apple and Google mobility data.

Data on shopping, traveling, dining out, and other activities “remain consistent with a decent pace of recovery,” economist Davide Oneglia at consulting firm TS Lombard told the FT.

The confidence is largely borne of a successful vaccination campaign that has left two-thirds of the region’s qualifying residents fully vaccinated, the FT said.

Consumer spending made up more than 85 percent of the Eurozone’s second-quarter growth, Nomura economist Chiara Zangarelli said to the FT, a number that has prompted the bank to expect a 2.3-percent GDP expansion for the quarter just ended.

The region’s overall economy, not just consumer spending, will return to 2019 levels by the end of March 2022, Jeffries economist Marchel Alexandrovich said, which would allow the European Central Bank (ECB) to shrink its support programs, as Denmark, Norway, and Sweden already have.

Europe’s economy may be “back from the brink but not completely out of the woods,” with key elements, such as semiconductors and shipping containers still restraining economic activity, ECB president Christine Lagarde said on 29 September in a panel discussion with other central bank leaders (see related story).

TREND FORECAST: Consumer spending is always a fragile indicator and can abruptly sour when bad news appears. The fact that it made up 85 percent of second-quarter growth indicates just how fragile Europe’s “recovery” is.

China’s economic slowdown, shortages of goods, the Delta variant, and steadily rising prices, which now include an inflationary energy crisis, will blunt consumer spending and further delay Europe’s economic recovery, which already lags behind that in China and the U.S.

The expectation that Europe’s overall recovery will be completed next March – less than six months from now – is wishful thinking at best.

And, with inflation rising, as we have noted, the European Central Bank will raise interest rates. As rates go higher the economy will go lower.