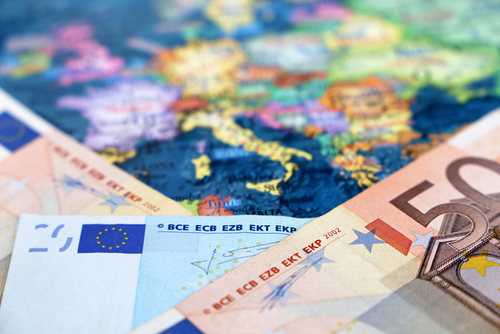 Business activity in the 19-country Eurozone contracted in July for the first time since February 2021, according to S&P Global’s composite purchasing managers index (PMI).

The index fell to 49.4 in July from 52.0 in June. Economists surveyed by Reuters had predicted a rating of 51.

The turn to contraction heightens analysts’ expectation that the Eurozone’s economy will fall into recession this year, the Financial Times reported.

The euro slipped 0.7 percent on the survey’s result, to $1.015. Germany’s 10-year bond yield sank to 1.07 percent, the lowest since May, on bets that the looming recession will force the European Central Bank to slow or stop raising interest rates.

TRENDPOST: Europe is bearing a large share of the economic brunt of not only the Ukraine war, but also of Western sanctions designed to punish Russia for its invasion... which we have detailed is punishing the people and not Putin as President Biden had predicted.

The war will remain not only a protracted struggle between Ukraine and Russia, but also between Europe’s ability to hold firm on sanctions and the exhaustion of the region’s residents and economy as prices rise and jobs disappear.