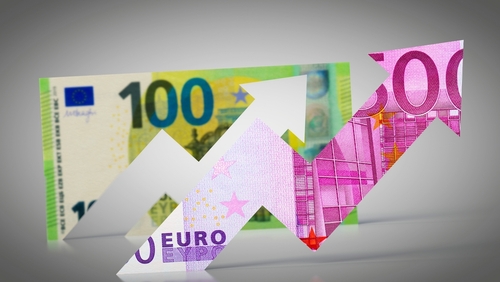 Consumer prices across the 27-member European Union swelled at an annual rate of 5.9 percent in February, the highest rate since the European Union was formed in 1999, the Eurostat official statistics agency reported.

The continent’s inflation pace was 5.1 percent the month before.

Prices rose 14 percent in Lithuania, 11.6 percent in Estonia, and 10 percent in the Czech Republic. The lowest rates were 4.2 percent in France and Malta and 4.4 percent in Finland, Portugal, and Sweden.

Costs rose in 25 countries and declined in only two, Eurostat said.

Energy continues to drive inflation, especially since the Ukraine war has threatened most deliveries from Russia.

GASAG, a major German utility, has said that the average household in that country will see its gas bill soar by at least 26 percent in May. Gasoline prices already have almost doubled to €2 per liter, or about $8.25 a gallon.

In retaliation for sanctions, Russia recently shut off exports of 200 items to “unfriendly states” for the balance of this year. The embargoed items include automotive, agricultural, electrical, medical, timber, technical, and telecommunications materials.

TREND FORECAST: These inflation numbers were spiking before the 24 February Russian invasion of Ukraine. To date, Russia has yet to end oil and natural gas deliveries to Europe. If it does, the continent will collapse into Dragflation.

And the lower economies sink and the higher inflation numbers rise, so too will social unrest, as evidenced by 150,000 Spanish farmers, ranchers and everyday workers who marched through the streets of Madrid this past Sunday to protest soaring prices exacerbated by the Ukraine War and the resulting sanctions. It will be a continuation and acceleration of one of our Top Trends for 2020: NEW WORLD DISORDER.