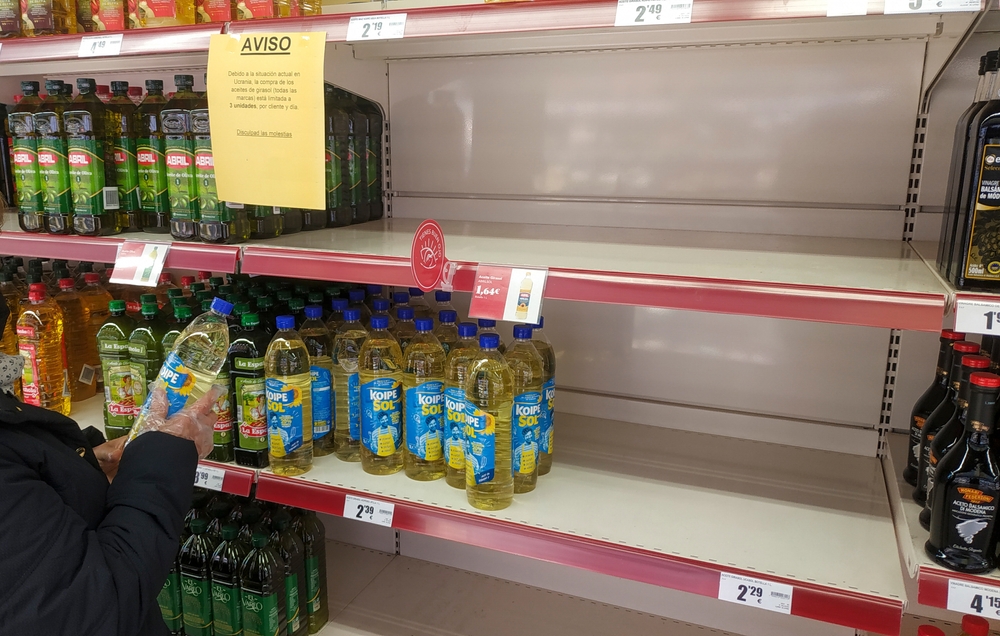 Several European countries have chastised the Russian gas giant Gazprom for reducing gas flows into their nations in retaliation for the sanctions they imposed on Moscow for invading Ukraine.

Eni, the Italian energy firm, said Russia reduced its gas flows by 50 percent. Dmitry Peskov, a spokesman from the Kremlin, insisted that the supply reduction was not premeditated and were related to maintenance issues, Reuters reported. Gazprom said there are missing turbine parts stuck in Canada due to sanctions.

Mario Draghi, the Italian prime minister, said the Russian response is a “lie.” (See “RUSSIA ENDS GAS SHIPMENTS TO POLAND, BULGARIA. GERMANY AND ITALY ARE NEXT” and “U.S. SANCTIONS HIT THE RUSSIAN PEOPLE AND ‘WE THE PEOPLE’ HARD.”)

Russia had previously warned that “unfriendly” nations would be required to pay for their gas supplies in rubles, which Ursula von der Leyen, president of the European Commission (EC), called “blackmail.” (See “PUTIN: WESTERN SANCTIONS ARE A ‘DECLARATION OF WAR.”)

The European Union has accused Russia of weaponizing its energy supply due to sanctions put in place in response to what European officials see as an unjust war in Ukraine. President Vladimir Putin has indicated that the West is panicked because it miscalculated its reliance on Russian energy.

France is no longer receiving any natural gas from Russia.

Alexei Miller, the CEO of Gazprom, said Moscow will play by its own rules after the firm cut supplies to Germany and Italy.

“Our product, our rules,” he said. “We don’t play by rules we didn’t create.”

Germany announced Sunday that it will turn to coal-fired power plants to help make up for the lost energy from Russia, The Wall Street Journal reported. Berlin will also call on companies to reduce their natural gas consumption “marking a new step in the economic war between Europe and Russia.”

Russia’s decision to reduce gas flows now means that some European countries will not have enough time to fill their storage facilities.

“It is obviously Putin’s strategy to rattle us, drive up prices and divide us. We won’t allow that. We will defend ourselves resolutely, precisely and thoughtfully,” Robert Habeck, Germany’s economy minister, said, according to the Journal.

The paper said that Berlin hopes to have its gas storage facilities at least 90 percent filled by December. The facilities are currently about 56 percent full.

"The situation is serious," Habeck said. "We are therefore continuing to strengthen precautions and taking additional measures to reduce gas consumption. This means that gas consumption must fall further, but more gas must be put into the storage facilities, otherwise things will really get tight in winter."

Habeck is a member of the Green Party. He called Berlin's decision to turn to coal power “bitter, but it's almost necessary in this situation to reduce gas consumption."

Indeed, the little people of Slavelandia are paying for the U.S. and NATO’s “proxy” war against Russia.  As a result of the sanctions they have imposed on Russia and Moscow’s retaliation, annual inflation hit a 50 year high of 7.9 percent in Germany last month. Gas prices in several European nations are well above $7 per gallon with Norway’s price-at-the-pump over $11 per barrel.

TRENDPOST: Long forgotten—since it was some four months ago and “ancient” history in the world of the mindless mainstream media—was how wrong the administration was in its claim made clear back in February that the sanctions were a centerpiece in the effort to stop Putin from invading Ukraine.

Mr. Biden told the American people, ““There will be costs at home as we impose crippling sanctions in response to Putin's unprovoked war, but Americans can know this: the costs we are imposing on Putin and his cronies are far more devastating than the costs we are facing.”

Vice President Kamala Harris, for example, was asked in February about the sanctions and she said the White House believed that the economic threat would deter Putin.

U.S. Secretary of State Antony Blinken was interviewed on CNN prior to the invasion and said the purpose of the sanctions “in the first instance is to try to deter Russia from going to war.”

Daleep Singh, the deputy national security adviser, also said the sanctions “serve a higher purpose, and “that purpose is to deter and prevent a large-scale invasion of Ukraine that could involve the seizure of major cities."

TRENDPOST: Russian President Vladimir Putin is proving that when you control the spigot, you can make a lot of your adversaries miserable.

The old saying is, "All is fair in love and war." Putin has referred to the Western sanctions against Russia as an “economic blitzkrieg” that was intended to crush the Russian economy. That did not work, and now Putin hopes to turn the tables on these countries and put pressure on these anti-Russian politicians.

French President Emmanuel Macron has implemented a $28 billion government spending bill to cap the price of natural gas and electricity and give rebates on gasoline, The Wall Street Journal reported.

“We are seeing a profound disruption of the European economic model and there will be consequences for the region’s social and political situation,” Simone Tagliapietra, a senior fellow at Bruegel, a Brussels-based think tank, told the Journal. “Germany and other countries built their economic power on the competitive advantage of having access to cheap Russian energy. They must rethink their business model and that will be challenging.”