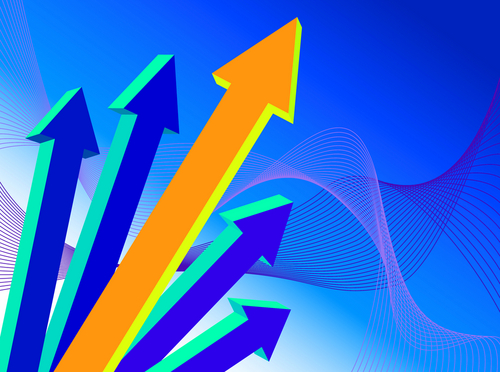 Businesses and households in France and Germany increasingly believe that inflation will remain higher longer than they did six months ago, according to surveys by the Bundesbank and Banque de France.

Germans expect inflation to average 5.3 percent annually for the next five years, the poll found. A previous poll reported the expectation at below 4 percent.

At the end of last year, German businesses were expecting inflation to average 3.4 percent a year for the next five years. Now they see it averaging 4.7 percent.

In France, consumers see inflation at 5 percent a year from now, no longer the 3 percent they expected as of the end of 2021.

If consumers and businesses believe that prices will continue to rise, they are more likely to buy and hoard supplies now, driving inflation higher than it otherwise would rise.

They also are more likely to spend now instead of saving for the future as inflation steals value from money.

Wages and prices then chase each other in a wage-price spiral, a cycle that has proven difficult to break in the past.

The S&P Global purchasing managers index (PMI) for manufacturing slipped from 53.6 in May to 51.2 this month, a five-month low.

In June, Europe’s S&P Global manufacturing purchasing managers index (PMI) slipped from 54.8 in May to 51.9 in June. Readings above 50 signal expansion; ratings below 50 indicate contraction.

The services sector also slipped, as we report in “European, U.S. Economies Drag Through June” in this issue.

TRENDPOST: Again, as we continue to note, inflation was rapidly rising but the central Banksters kept selling their bullshit that it was only temporary. Go back to last November, inflation among the Eurozone’s 27 member countries averaged 4.9 percent in November, year over year, setting a record as energy costs, ongoing supply-chain disruptions, and lockdowns against a new COVID variant all pushed prices up.

The rate blew through economists’ expectations for a 4.5-percent price hike. The previous record was 4.1 percent, set in July 2008 and matched this year in October.

Inflation in Belgium and Spain in November ran at 5.6 percent, Spain’s highest rate since 1992.

ECB president Christine Lagarde maintained back then that it would be “wrong” to raise interest rates now because inflation will begin to cool by the time the new rates would have a chance to impact the economy.

And even before the Ukraine War, between 50 and 60 percent of Europe’s inflation pressure had come from high energy prices. But Lagarde said that there was “reason to believe that by the end of 2022 it will have declined significantly.”

Bullshit Has its Own Sound

Inflation is peaking, Lagarde had also said in comments back then. “I see an inflation profile that looks like a hump…and a hump eventually declines,” she said, repeating that the ECB is “very unlikely” to alter its interest rate—which has remained negative since 2014.

Once inflation stabilizes at the bank’s target rate of slightly above 2 percent, the ECB “would not hesitate to act” and increase interest rates, Lagarde lied.