EURO HITS 16-MONTH LOW AGAINST THE DOLLAR. HOW LOW CAN IT GO? 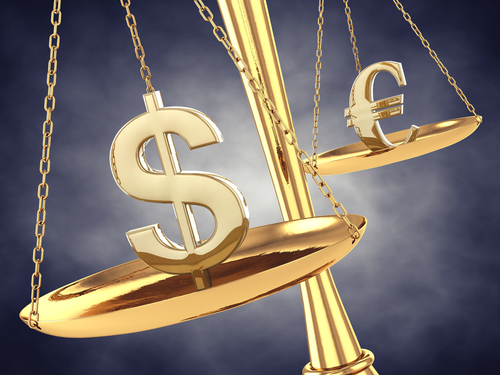 The euro plunged to a 16-month low against the dollar as traders “priced in” the European Central Bank’s (ECB) pledge to not raise interest rates until at least 2023.

Investors are betting the ECB will boost rates by 0.1 percent in early 2023, The Wall Street Journal reported, after bank president Christine Lagarde told the European parliament on Monday that a rate hike now “would do more harm than good.”

In contrast, the U.S. Federal Reserve has all but guaranteed interest rate hikes beginning in the second half of 2022, possibly sooner if inflation’s rise continues unabated in the next few months.

The ECB also is likely to sit on interest rates to protect its more deeply indebted members such as Italy, portfolio manager Leandro Galli at Amundi told the WSJ.

Although the ECB is expected to end its €1.85-trillion bond-buying program next March, investors expect the bank to increase its longer-term supports to ensure Europe’s permanent economic recovery, the WSJ said.

Strengthening the program would counter any bond-market selloff that could be triggered when the ECB stops buying bonds, according to analysts the WSJ cited.

TREND FORECAST: Against the British pound, the euro notched its lowest value since the COVID virus arrived in February 2020. Putting further downward pressure on the euro, Like the U.S., we forecast Britain’s central bank will raise rates in the coming months from 0.1 percent to 0.25... they pledged to not raise rates before Christmas.

And higher interest rates in the U.S. will pull investors away from the euro and into the dollar and pound. The weaker euro will make the region’s exports cheaper, but with the currency losing value, the price of imports will increase.