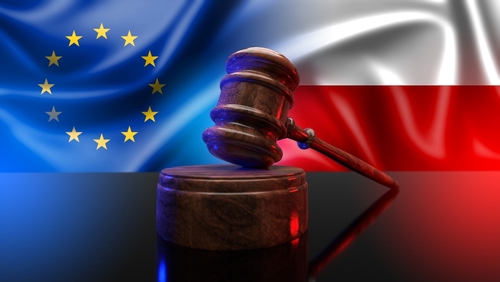 Leaders of the European Union’s (EU’s) member nations met on 10 and 11 March to formulate a coordinated response to Russia’s war in Ukraine.

In a draft declaration, the leaders pledged to “take more responsibility for our security and take further decisive steps toward building our European sovereignty, reducing our dependencies, and designing a new growth and investment model for 2030.”

The group put a special focus on reducing the bloc’s dependence on Russian oil and gas.

Europe imports about one-third of its oil and about 40 percent of its natural gas from Russia.

However, heads of state differed on how that goal is to be reached.

It cannot be done “overnight,” German chancellor Olaf Scholz said. He refused to block imports of Russian oil, which the U.S. and U.K. already have done.

Germany is the terminus of the Nord Stream 1 pipeline, a key gas delivery venue from Russia.

Some members had suggested tapping the €200-billion COVID recovery loan fund to strengthen the region’s energy independence and security.

However, the EU will not pile any such new debt on top of its existing €800-billion COVID recovery fund, Franz Timmerman, a vice-president of the European Commission, said.

There is an “understandable reflex” to borrow more, Dutch finance minister Sigrid Kaag told the meeting, but “our very sober position would be, let’s take stock, let’s find out how bad the damage is, and under which conditions assistance or compensation could be provided.”

“Our priority must be to urgently help Ukraine defend its statehood and preserve its economic basis, not look for extra funds from the EU,” one diplomat said in a comment quoted by the Financial Times.

“For some time, EU member states will still benefit massively from the recovery fund,” the person said. “Those extra billions should help them weather the current situation.”

Members also split over Ukraine’s application, submitted after the war began, to become an EU member. Its request was followed by similar pleas from Georgia and Moldova.

However, “there is no such thing as a fast track” to membership, Dutch prime minister Mark Rutte said, reflecting the majority’s view.

"Pending this and without delay, we will further strengthen our bonds and deepen our partnership to support Ukraine in pursuing its European path,” the meeting’s joint statement said.

“Ukraine belongs to our European family."

TREND FORECAST: There will be new “populist” movements throughout much of the word for their nations to produce more “made-at-home” goods and services than importing products from abroad.

In the coming months and years, currency wars will intensify, trade wars will expand and geopolitical unrest will escalate. Nations that devote their energies to lift the human spirit of their citizens rather than get involved in foreign entanglements will design and build self-sustaining economies by manufacturing products they need and growing the food they eat.

While prospering by trading within their own borders, thus keeping their cash from going overseas, a new advancement and expansion of the “buy local trend” initially associated with mostly food/drink and local crafts will emerge.

Beyond the Made-in-XYZ label, fostering national pride and economic patriotism, a new untapped trend of hometown-made manufactured goods not only will elevate local self-esteem and generate jobs, it will create a new trend in local-brand recognition that will upstage multinationals and break the chains. In doing so, self-sustaining nations will shift away from consumer societies and evolve into quality-product communities.