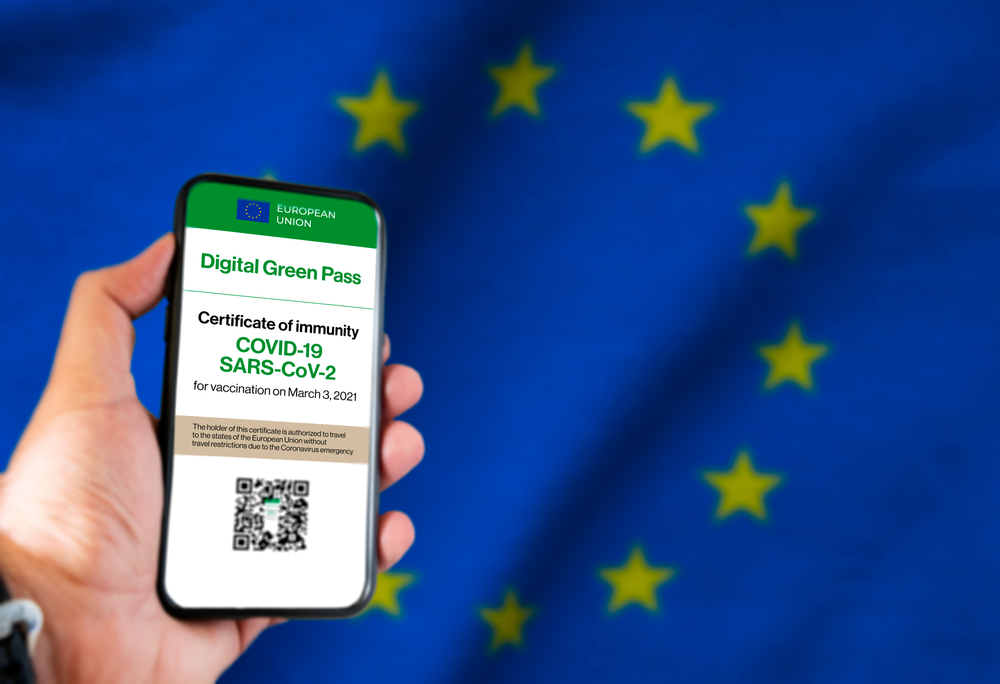 The European Union announced a “digital green certificate” that enables Europeans who have proof of vaccination to travel freely within the bloc during the summer months, according to a report.

The Financial Times reported that the certificate comes in the form of a phone app released at the request of southern countries that rely on summer tourism. The European Commission said more than 200 million of these apps have been downloaded.

“The European Digital Certificate is a symbol of an open and safe Europe that is opening cautiously, putting the protection of the health of our citizens first,” Ursala von der Leyen, the commission president, said.

The FT pointed out that the pass is not expected to be a panacea for the industry. Europeans were already able to travel to some of these countries before the app was released. The app also does not prevent countries from putting stricter guidelines in place in the event of an increase in cases.

“We expect the tourism sector to remain very subdued this summer,” Jessica Hinds, an economist at Capital-Economics, told the paper.

Tourist-dependent countries have clashed with German chancellor Angela Merkel, who has called for a coordinated E.U. response for tourism, the FT reported.

Hinds said countries like Greece and Spain are “saying they’re open to everyone, while the cost-benefit equation is clearly viewed very differently in northern European countries.”

TREND FORECAST: As we have detailed in this Trends Journal, the new lockdown laws, travel restrictions and forced vaccination programs will greatly hamper European tourism.

Oxford Economics reported that overnight stays in the E.U. were down 55 percent in June from pre-COVID War levels. The report showed signs of life and found searches on Google for hotel rooms in Spain were back to pre-COVID levels.

However, that will decline as new restrictions are being imposed and less Europeans will be traveling to Spain (see article in this issue, “SPAIN/PORTUGAL: TOURISM AND BUSINESS TO SUFFER THE DELTA BLUES”).

According to FT, McKinsey estimates that it will not be until 2024 that tourism reaches its pre-COVID War level.

Therefore, as people lose everything and have nothing left to lose they will lose it. Another year of declining GDP and rising unemployment will result in sharp escalations of anti-government protests and rising crime rates.