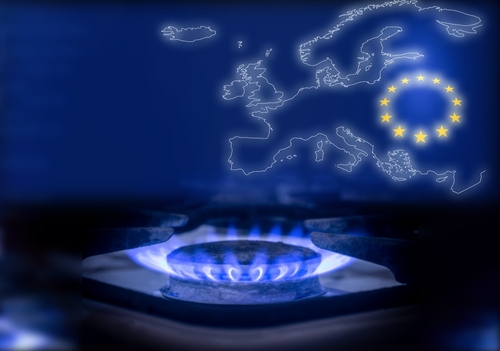 The European Union is getting ready for life without Russian gas flows before the fall and winter months when there is a threat of a shortage.

Russia used to provide the EU with about 40 percent of its gas, but has since cut the flow by 60 percent, the Financial Times reported. The paper said it viewed a draft paper from the European Commission that hopes to reduce the threat of gas shortages.

The body may compensate companies that reduce their gas use. The plan also asks countries to move to renewables like nuclear power.

The European Commission blamed Russia for deliberately using “energy as a political weapon” in the face of tough Western sanctions and there is fear that the EU could run out of fossil fuel if it is a particularly cold winter.

The Trends Journal has reported on how the West’s sanctions have, at this point, backfired because Moscow has been able to find willing buyers in India and China. Russia has already cut off some countries from its gas flows. (See “RUSSIA ENDS GAS EXPORTS TO POLAND, BULGARIA. GERMANY AND ITALY ARE NEXT,” “BANNING RUSSIAN GAS IN EUROPE COULD LEAD TO INDUSTRIAL RATIONING,” “U.S. LNG SHIPMENTS TO EUROPE TIGHTEN DOMESTIC GAS SUPPLIES” and “EUROPEANS SUFFER: MORE SANCTIONS, LESS GAS.”)

Russia cut gas flows to Germany, Denmark, the Netherlands, and Italy by 60 percent and the commission said in the draft paper that there is “no reason to believe this pattern will change.”

“Rather, a number of signals, including the latest decision to reduce further supply to Italy, point to a likely deterioration of gas supply outlook,” the document read, according to EURACTIV.

The report said the EU is at the “early warning stage” on its energy supply, but will move to the alert stage on 20 July, when the draft paper is expected to be published.

The alert stage is notable because it signals "serious and reliable information that an event likely to result in significant deterioration of the gas supply situation may occur and is likely to lead to the emergency level being triggered in several Member States.”

Russia had previously warned that “unfriendly” nations would be required to pay for their gas supplies in rubles, which Ursula von der Leyen, president of the European Commission (EC), called “blackmail.”

The European Union has accused Russia of weaponizing its energy supply due to sanctions put in place in response to what European officials see as an unjust war in Ukraine. President Vladimir Putin has indicated that the West is panicked because it miscalculated its reliance on Russian energy.

The situation in Europe is about to get much worse, and cracks in the united front against Russia will begin to emerge. We see the trend already happening in the UK. Candidates hoping to replace Boris Johnson as premier are talking about inflation and energy prices—not Ukraine.

Germans were told last week that they should prepare to face gas prices 3x’s higher next year and they should start saving now to soften the blow.

“For those who are now receiving their heating bills, the installments are already doubling—and that's not even taking into account the consequences of the Ukraine war,” Klaus Müller, the head of Germany’s energy regulator, told RND.

“From 2023, gas customers will have to prepare for a tripling of the monthly costs, at least,” he said.

All eyes are on Germany, which is seen as a European bellwether. Analysts from the Eurasia Group told CNBC last week that Germany would move to level three in its emergency plan, which would mean Germany’s regulator, Bundesnetzagentur, would need to decide how to distribute gas supplies.

Henning Gloystein, director of energy, climate and resources at Eurasia Group, told CNBC that such a move would represent a “maximum economic warfare” scenario.