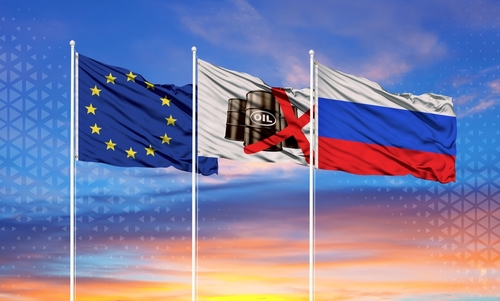 The head of the International Energy Agency warned Europe last Tuesday that he cannot guarantee that countries will not have to ration gas during the winter months without Russia’s gas supply.

“I'm advising several European governments to prepare a contingency plan,” Fatih Birol, the executive director of the agency, said, according to The New York Times.

Hungary is landlocked and would find it more challenging to replace the loss of Russia's oil supply than other countries in the bloc. Viktor Orbán, the Hungarian president, urged European Council President Charles Michel in a letter last week to avoid talking about Russian sanctions at an EU summit on Monday.

"If adopted, the proposed sanctions would immediately cause serious supply disruptions in Hungary and undermine our vital energy security interests,” Orbán wrote. “In addition, they would increase fuel prices by approximately 55-60 percent at a time when energy prices are already at a 40-year high,” he wrote.

The EU executive European Commission has sought even tougher sanctions against Moscow but Hungary has vetoed the move. Reuters reported that the EU offered countries up to $2.1 billion to create a new oil infrastructure.

Orbán said Budapest would need about $805 million in short-term investments to withstand an oil embargo against Russia. Budapest has said it will need at least five years to install the infrastructure. (See “HUNGARY REFUSES TO SUPPORT RUSSIAN OIL BAN” and “ORBAN WINS EASILY DESPITE PUBLIC CONDEMNATION FROM ZELENSKY.”)

Kadri Simson, the EU’s energy commissioner, told the Financial Times that the EU was racing to store as much gas as possible and could replace most of Russia’s deliveries this year.

“We are facing a situation that any member state might be the next one [to be cut off],” Simson told the paper. “So far we have been able to take care of the security of supply concerns of these three member states, mainly with the help of the solidarity of neighbors.”

TRENDPOST: U.S. President Joe Biden has said that the sanctions against Russia are not intended to prevent more war, but rather present a united Western front. Biden has been praised by supporters for holding a coalition together up until this point, while trying to alienate China.

But the oil issue is a clear threat to the coalition.

Diplomats (i.e., dip-low-mats) from the EU held a special meeting on Sunday to try and overcome the deadlock on the sixth round of sanctions against Russia.

There is a chance that the bloc agrees to allow Russian oil through pipelines while banning tankers. The deal would allow Hungary, Slovakia, and the Czech Republic to continue being supplied via the Druzhba pipeline that runs through Ukraine.

Early reports out of the meeting indicate that the discussions failed, even after allowing an exception for Russian Oil Transport using the Southern-Druzhba Pipeline for Hungary, Czechia, and Slovenia.

Orban’s first job is keeping the welfare of Hungarians as his top agenda item, and good relations with Russia are deemed by him to be a practical approach.

With the European Union members meeting Monday and today to discuss a sixth package of sanctions, Brent Crude hit a two month high yesterday. Trading at $120.75 per barrel, The Street was waiting to see what type of agreement the EU would reach... or if any at all.

TREND FORECAST: Beyond oil prices rising as a result of the Ukraine War, David Malpass, the president of the World Bank, said in an interview Wednesday that the record increase in food prices due to the Ukraine invasion was pushing hundreds of millions around the world into poverty.

The UN Food and Agriculture Organization’s (FAO’s) food price index averaged 159.3 last month, a “giant leap” of 12.6-percent gain from February’s level, which itself was the highest since the index was created in 1990, according to the organization.