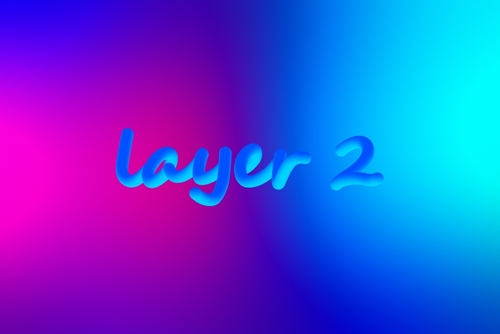 Unstoppable Domains is an example of a use case where Polygon has made Ether fees much more attractive, in purchasing NFT web3 domains.  The domains use an alternate system than DNS and the registrar bodies that dole out their domain names for rent.

Ambcrypto noted that zk roll-ups were cited by Buterin as his favorite Ethereum boosting technology.

Ethereum is the most widely adopted “Layer 1” blockchain platform for app building. It was there first with a tokenized DLT that could run dApps via smart contract code.

But slow transaction and network speeds and high fees have opened the door to competitors like Solana, Cardano, Hedera (a non-blockchain “hashgraph” technology) and Algorand.

Layer 2 networks like Polygon and Skale, however, don’t so much compete with Ethereum as they work with the ecosystem, improving things like transaction times and fee costs.

Like early versions of Microsoft Windows that leveraged certain advantages (including being the default operating system for IBM PCs), then played for time, while making upgrades to a buggy operating system, Ethereum is on an upgrade path.

This summer Ethereum will receive a significant step along the way in that upgrade.  (See “SUMMER FEATURE: ETHEREUM UPGRADE TO PROOF OF STAKE” 22 May 2022.)

Ethereum has thousands of other projects within its ecosystem, and that’s part of its strength as a first mover. Other networks that some call “third generation” technology, have transaction speeds, energy use efficiency and low fees that Ethereum, on its own, can’t currently touch.

But, between assistive layer 2 technologies, and an upgrade path, most analysts consider Ethereum a safe bet to remain very relevant in the crypto sector.