ETHANOL PRICE UP 50 PERCENT THIS YEAR 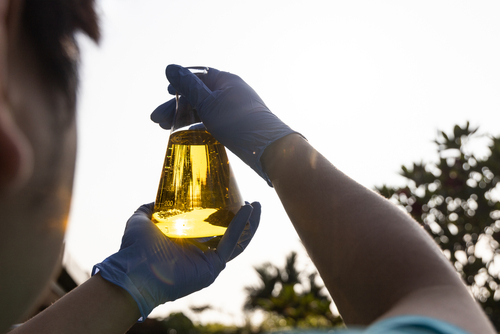 The price of ethanol, the common corn-derived gasoline additive, has soared about 50 percent so far this year, The Wall Street Journal reported, as people return to the roads after bunkering at home for most of 2020.

U.S. road traffic was 8 percent heavier in August than a year previous, according to the Federal Highway Administration, with gasoline production up about 10 percent, the U.S. Energy Information Administration reported.

The price of ethanol has risen with the cost of gasoline, reflecting materials shortages and transport disruptions, and as investors divert money into assets that will keep pace with inflation.

Ethanol’s price closed at $2.207 per gallon on the Chicago Board of Trade on 12 November. The price broke above $2 a gallon in mid-April this year, the first time since 2014 it had passed that mark.

When the COVID War ended commuting, ethanol demand cratered, production halted, and some plants were shut down.

That has now reversed, with food colossus Archer Daniels Midland reporting a $35-million profit in its corn processing division’s third quarter, compared to a loss of $11 million a year earlier.

The U.S. agriculture department recently raised its forecast for the ethanol industry’s demand for corn in the 2021-2022 marketing year by 50 million bushels, bringing the total to 5.25 billion.

Poor global harvests pushed grain prices up 3.2 percent in October, according to the UN’s Food and Agriculture Organization.

Also, the price of fertilizer is climbing. A robust corn crop demands a lot of fertilizer and many farmers are cutting their costs by shifting their plantings to soybeans and other foods that require less chemical help.