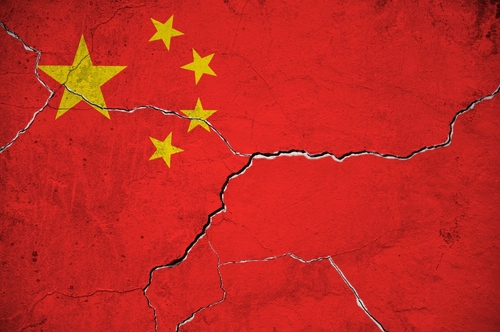 Exchange-traded funds (ETFs) focused on U.S. stocks have a hidden vulnerability: as much as 25 percent of the revenues of the U.S. companies the funds own are dependent on China’s economic performance, according to a Bank of America (BoA) analysis.

“What happens in China doesn’t stay in China,” the report said, noting that Beijing’s crackdown on its domestic tech, financial, and property markets ripple through U.S. equities.

In 2010, there was no correlation between the U.S. and China in growth in earnings per share, the bank’s report said, but now the correlation is 90 percent: nine times out of ten, when earnings rise or fall in Chinese equities, U.S. stocks do the same.

The connection is more important to U.S. stock prices than growth in the U.S. GDP, according to the bank.

In the past decade, 30 percent of the world’s GDP growth has come from China and 21 percent from the U.S., BoA noted.

During the same period, 80 percent of the S&P 500’s margin expansion has come from global exposure, not strictly U.S. growth, the study found.

At least 79 of the Fortune 500 companies have no less than a 5-percent dependence on revenue from China, BoA said. Worldwide, the figure rises to 303 companies with a collective market capitalization exceeding $19 trillion.

Of the 251 ETFs the bank’s research branch follows, 138 derive at least 3 percent of their revenue from China, the Financial Times reported.

“A lot of U.S. companies have built up quite a lot of dependence on revenues from China,” Jared Woodard, head of BoA’s research division, said to the FT.

“Investors might not be aware that companies around the world have become increasingly dependent on China,” he added.

Emerging-market ETFs were even more China-dependent, with anywhere from 25 to 45 percent of revenue of the companies in which they own stock relying on China’s performance, the FT said.

TRENDPOST: China has become the world’s manufacturing center and is on track to become the world’s largest economy by 2035 at the latest. For that reason, China’s financial performance has woven itself throughout the global economy. Therefore, equity and investment markets will not be able to escape dependence on China’s ups and downs.