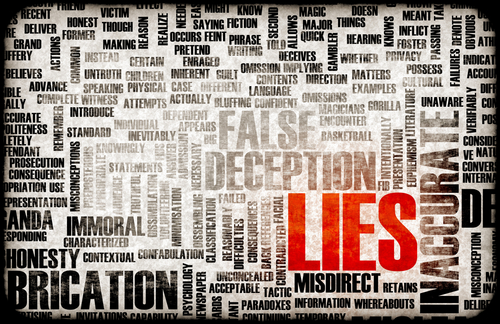 Yesterday, in response to the wave of new sanctions being imposed upon Russia by the United States and western nations following Russia’s military invasion of Ukraine, Russian President Vladimir Putin, condemned them as an “empire of lies”:

“All [the US] satellites not only dutifully agree, sing along to its music, but also copy its behavior, and enthusiastically accept the rules they are offered. Therefore, with good reason, we can confidently say that the entire so-called Western bloc, formed by the United States in its own image and likeness, all of it is an ‘empire of lies’.”

Putin claims that his country’s military operation in Ukraine was a proactive measure to prevent Kiev from trying to launch an all-out assault on the breakaway regions of Donetsk and Lugansk, which Moscow formally recognized as the People’s Republics just before he launched the attack.

However, Kiev has said—despite reports of ongoing military action between Ukraine and the breakaway region—that it had no plans to retake the disputed territories and the Russian attack was “unprovoked.”

And while large-scale combat ended with the 2014-15 Minsk agreements—an agreement that Russian President Putin said Ukraine has violated—the fighting between Ukraine and the republics killed an estimated 14,000 soldiers and civilians.

TREND FORECAST: As reported in the economic section of this week’s Trends Journal, the sanctions being imposed on Russia are taking a very heavy toll on the nation’s economy, currency and equity markets.

The stronger the sanctions, the deeper the Russian economy sinks, the greater the escalation of world war. As Gerald Celente notes, “When people lose everything and have nothing left to lose, they lose it.”