ELITES: THE REST OF YOU ARE AN INVASIVE SPECIES 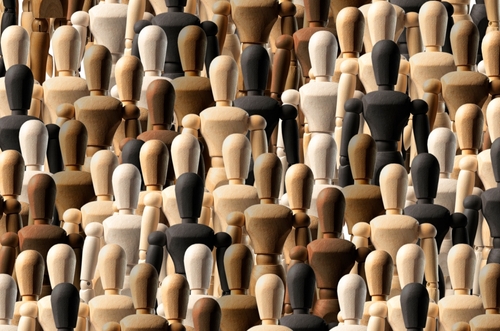 For elites, it’s practically settled science: like ragweed and rats, humans are an invasive species harming ecosystems the world over, and life on Earth itself.

A mid August article at earth.org titled “Are Humans an Invasive Species?” lays out the particulars of an anti-human science thought experiment.

After reciting the National Geographic definition of invasive species, the article lists several aspects which fill the definition, apparently proving that humans qualify as not only an invasive species, but by far the most invasive and destructive one on the planet.

Among the evidence cited:

Like so much “settled” science, these points could be disputed. With respect to biodiversity and North America for example, the existence of modern fire-fighting, together with land preservation, means there are actually more woodlands than existed when lightning and resulting fires raged unchecked throughout the continent hundreds of years ago. Even treehugger.com says so.

As far as climate change, there are still plenty of scientists who consider earth’s overall complex ecosystem, and that ball in the sky called the sun, as primary factors in climate change. 1,100 scientists and scholars who don’t ascribe to a “climate emergency” have now signed a letter which reads in part:

"Scientists should openly address uncertainties and exaggerations in their predictions of global warming, while politicians should dispassionately count the real costs as well as the imagined benefits of their policy measures.”

Even the earth.org article’s contention that humans originated in East Africa is disputed by recent genetic studies that point to South Africa.

Answer to the Plague?

The analysis of the article would seem to beg a certain remedy. The article doesn’t outright speak a desire to root out humankind from those unfortunate regions beyond modern day Mauritania or Botswana, where humans have occupied for the last, say, 10 to 250 thousand years.

But depopulation, never far from the minds and intentions of superficially do-gooding elitists, is the distinct implication of the article’s windup.

“Unrestricted human activity threatens not only the surrounding biodiversity due to climate change but also human life itself.”

Like a dutiful environmental Stepford Wife, it rattles off the deceptive Agenda 2030, as though the bulk of average humans may hardly notice as fossil fuels are replaced by “sustainable” energy sources.

The article contends that “Exploiting non-renewable resources alters the habitat in an unsustainable way and unrestricted human activity threatens not only the surrounding biodiversity due to climate change but also human life itself.”

Magical thinking avoids any contemplation of what sifting for rare earth resources needed in so many clean energy components (in batteries, wind turbines, solar panels, etc.) does to habitats.

A recent Associated Press story characterized the effects of rare earth mining in Burma: “birds no longer sing, and the herbs no longer grow. The fish no longer swim in rivers that have turned a murky brown.”

Unfortunately, those problems aren’t stopping places like New York from undertaking huge wind turbine projects. Those turbines also kill millions of birds each year, use up vast amounts of resources like balsa wood, and come with a myriad of other problems, as an investigative piece at frontpagemagazine.com catalogs.

The earth.org article doesn’t dwell on whether “sustainable agricultural practices” will actually produce enough food to sustain current populations. Canadian and European farmers being hit with fertilizer and energy Agenda 2030 squeezes might have something to add to that conversation.

Then again, the founder of earth.org, Constant Tedder, wants to feed the world with insect protein from flies, via Flyfarm Worldwide, LTD.

Tedder didn’t make his money in flies, but in somewhat more traditional entrepreneurial pursuits, including “clean energy,” via Dawn Energy, Hive Worldwide, LTD, a workplace flexibility tech company, and MMORPG RuneScape, an online game (which is associated with nasty promo spam messages on websites including TJ).

The earth.org article ends with goobledy gook about “promoting nature-based solutions for urban areas are extremely important steps to tackle the increasing human population and the consequential increase in consumption globally,” whatever than means.

The only nature based solution urban dwellers (of certain means) have been seeking since COVID lockdowns are to flee places like NYC for the Adirondacks.

But, with so many parts of the world, including Europe, Asia and North America now experiencing negative birth rates in their citizenry, perhaps the tide of battle against the pestilence has already turned.

The human self-loathing taught in schools for more than a generation now, the fears and lockdowns of the COVID War, and the resultant “excess deaths” not related to the virus…the hot war in Europe…all of it has been adding up to a slowing of human population overall, and native depopulation in many of the most productive first world regions.

For the elites who see humans as an invasive species, it can’t happen soon enough.

And finally, for wisdom regarding knowing your enemy in the fight for humanity, this link was priceless.