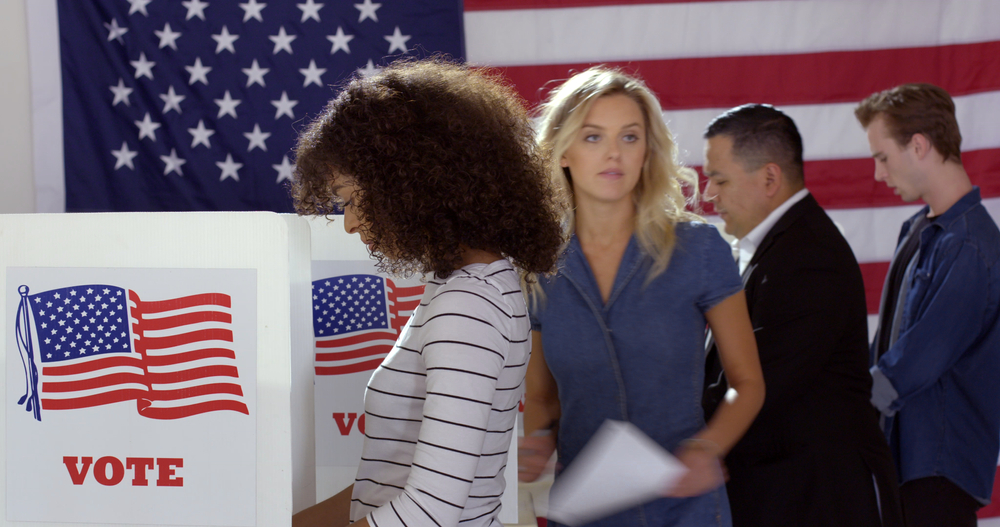 It’s not hard to guess the worst states for election integrity, as tabulated by the recently released Heritage Foundation 2022 Election Integrity Scorecard.

New York, California, Massachusetts and a handful of others scrape the bottom.

States that fared the best, including Florida, Texas and Tennessee probably aren’t surprises, either.

But there is some good news regarding at least a few of the states that were centers of election controversy in 2020. Specifically, Pennsylvania and Georgia both earned good ratings.

Arizona, another state which saw election controversies, landed in the middle of the pack with regard to election safeguards.

How States Are Scored

The election scorecard for states is based on 12 key areas, according to Heritage.  They include:

The Heritage Foundation says its analysts’ findings were reviewed by election law experts in each state, and the accuracy of the information was checked with state election officials, most of whom responded to the requests for verification.

The final summary report “was then sent to the chief election official or responsible state board of elections in every state to give those officials a final opportunity to correct any errors.”

Election integrity became a major issue with Americans in the lead-up to the 2020 election. COVID became the impetus for wholesale changes to election procedures across the country. Changes pushed mostly by Democrats and allied groups including loosening of absentee voting restrictions, enacting mail-in voting options, and allowing same-day voter registrations.

Many have argued that those initiatives make it easier to commit fraud and thereby disenfranchise legitimate voters.

Left-aligned mega billionaires like Mark Zuckerberg of Facebook (now META) and NGOs led by George Soros and others together poured vast amounts of money into getting laws changed.  Zuckerberg alone spent about 500 million, as the Trends Journal has reported (see “ZUCKERBERG BOUGHT 2020 ELECTION WITH HALF A BILLION,” 19 Oct 2021.)

That kind of private manipulation of public election law policies is one of the things that the Heritage scorecard lists as a major issue.

The mail-in balloting and other changes instigated in 2020 provided a lopsided benefit to Democrats, and the same thing is showing again in 2022.

Many states, meanwhile, are still battlegrounds for these issues. This past week, for instance, a Delaware judge struck down mail-in voting as unconstitutional, but upheld same day voter registrations.

The Biden administration has also been trying to game elections via a sweeping Executive Order. Many believe that Joe Biden benefitted more than any other politician from the wholesale changes in election laws in 2020.

Executive Order 14019, announced in March 2021, mandated all federal departments to “consider ways to expand citizens’ opportunities to register to vote and to obtain information about, and participate in, the electoral process.”

The Order clearly seeks to grab power reserved to states by Article I Section 4 of the Constitution, the “Elections Clause,” which states:

“The Times, Places and Manner of holding Elections for Senators and Representatives, shall be prescribed in each State by the Legislature thereof; but the Congress may at any time by Law make or alter such Regulations, except as to the Places of chusing Senators.”

A recent article at The Federalist reported that the Biden Administration Department of Justice is currently refusing to make public key documents concerning what the Feds are doing related to the March 2021 Executive order.

Also in the news this past week, Facebook whistleblowers revealed that the company has been spying on private messages of users for signs of 2020 election integrity doubts—and funneling the information to the FBI.

“It was done outside the legal process and without probable cause,” said one of the sources, according to The New York Post. “Facebook provides the FBI with private conversations which are protected by the First Amendment without any subpoena.”

Whether Facebook or the FBI will face consequences for these alleged criminal violations of the Constitutional rights of Americans, is not at all certain.

Election laws actually register as a more major issue with Democrat voters than inflation in the important Georgia Senate race.

Why that would be is important to contemplate.

A September poll conducted by Quinnipiac University found that among Republicans in Georgia, inflation (73 percent) ranked first as the most urgent issue, with no other issue reaching double digits.

But among Democrats, election laws, at 17 percent, ranked only behind abortion (at 23 percent) as the most urgent issue.

Also of interest, independents ranked election laws as a double-digit concern topic, though it trailed inflation by a considerable amount, (13 percent, compared to 43 percent listing inflation as the most urgent concern).

What’s perhaps most interesting about the Quinnipiac poll is that Republicans, railed against in the MSM as “election deniers,” are proving least concerned with “election laws” as an issue.

It seems if there are lessons to be learned and changes to fight for concerning elections, some Republicans aren’t galvanized.

Many Republicans have questioned the legitimacy of the 2020 election. The Democrats did the exact same thing in 2016. And before that, in 2000.

It isn’t a crime in America to question elections. Or is it?

Disturbing news emerged this past week that Facebook has been spying on private messages of users of the platform, and reporting people who have questioned the 2020 election to the FBI.

Seen any of those prolific Facebook commercials lately, which boast about the vast workforce and resources the company has poured into keeping its users “safe”?

This is what they mean.

Of course, the FBI and Facebook collusion is against the law, an assault on the Constitution, and a violation of the rights of every American spied on and reported.

According to a DOJ whistleblower who anonymously provided the damning info, “It was done outside the legal process and without probable cause.”  The source further stated that they were providing the info because they believed “Facebook provides the FBI with private conversations which are protected by the First Amendment without any subpoena.”

The FBI, acting as lapdog of the Biden Administration, has been aggressively pursuing ginned up charges against average Americans fed up with COVID “never let a good crisis go to waste” election subversion which corroded the 2020 election cycle.

Indeed, the FBI contributed to that cause in real-time, suppressing the damaging laptop of Joe Biden’s son Hunter. That alone arguably swung the election.

The FBI can continue to hunt down and jail Americans, and spy on thought crimes, but average Americans are not going to shut up about the naked corruption destroying a once great nation.

Via its Election Scorecard and Voter Fraud Database, the Heritage Foundation has provided valuable resources in exposing some of that electoral corruption.

One example recorded in the database that is meeting justice in 2022 recounts:

“Former U.S. Congressman Michael "Ozzie" Myers was charged with over 13 felonies for his role in orchestrating a scheme to stuff ballot boxes in favor of Democrat candidates he either favored or represented as a consultant. Myers, a former Democrat congressman who was ousted from office and served time in prison on charges of bribery and corruption due to his involvement in the Abscam sting, orchestrated schemes in Philadelphia's 39th Ward, the 36th and 2nd Divisions, to commit ballot fraud. He conspired with Domenick Demuro and Marie Beren, Judges of Elections for each ward by bribing them to add additional fraudulent votes to voting machines for candidates Myers represented or supported as a political consultant. This scheme occurred during elections between 2014-2018. He pleaded guilty to charges of depriving persons of civil rights, bribery, falsification of voting records, and conspiring to illegally vote in a federal election. If his plea deal is accepted by the judge he faces up to 60 years in prison and over $1 million in fines. He will be sentenced in September [2022].”

The only way forward for Americans is to not be cowed by the intimidation of vote riggers, politicized governmental agencies, and a President who has capitalized on rancid processes and money infusions to gain power.

Yes, voting is important. But making sure there is integrity in the process is a patriotic and Constitutional pursuit just as crucial, especially in times of widespread deceit and subterfuge.