EL PRESIDENTE OF U.S.S.A. DECLARES THE COVID-19 WAR IS OVER 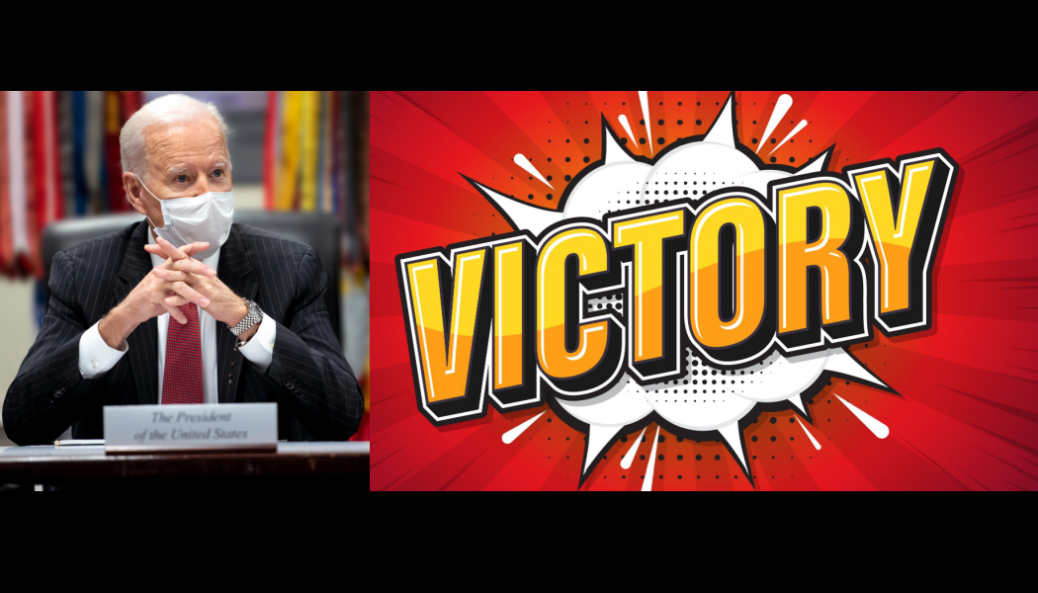 As we noted when China launched the COVID War in January 2020, the Year of the Rat, the lockdowns imposed upon We the People of Slavelandia lacked a scintilla of scientific evidence.  Based purely on political science by politicians and their bureaucratic henchmen, they made up nonsensical rules and regulations that have destroyed the lives and livelihoods of billions across the globe.

Illustrating the power of the power hungry in charge, President Joe “Bullshit” Biden declared on “Sixty Minutes” Sunday night that the COVID War is officially over. “The pandemic is over,” he spewed. “We still have a problem with Covid. We’re still doing a lot of work on it. It’s—but the pandemic is over.”

The Wall Street Journal reported that according to their analysis of death certificates, some 85 percent of those who died from the virus this year up until mid-August were 65 years old or older, a rate the report said was comparable to 2020. And what is old news to Trends Journal subscribers, besides their age, many also had underlying health issues.

The Trends Journal has reported extensively on the COVID-19 outbreak and the government’s response, and noted the failures at every turn. The Hippocratic Oath says to first do no harm.

And despite the bullshit sold to the public when they invented the “Operation Warp Speed” inoculation which Pfizer said had a 95 percent efficacy rate and only two shots were needed.

Jha told ABC News that some modeling shows a potential for a large surge this winter, but he said a lot will be determined by how many people take the next jab.

“If you go get these vaccines, you actually can influence what happens," he said. “There is nothing fated about what's going to happen. If a large proportion of Americans go out and get these vaccines, it will have a significant beneficial effect on keeping infections low.”

It should be noted that the Biden administration wanted a vaccine by the fall, so the latest jab was not tested on people, just mice.

“There’s no reason to think they’ll be unsafe,” Dr. Celine Gounder, an infectious disease specialist at NYU Langone Health in New York, told NBC News. “But whether they’ll provide significantly more protection than the original vaccines? Of that I’m skeptical.”

TREND FORECAST: We forecast that Biden is ending the COVID War in preparation for the midterm elections. By his comments, Biden declared that it is over because of the actions he has taken. And yesterday, his flunky playing U.S. Health Secretary, Xavier Becerra, told Yahoo Finance that “The president is correct” that the COVID-19 pandemic is over and spewed out the bullshit that the Operation Warp Speed “vaccines are the most effective way for us to stay protected.”

TRENDPOST: Again, CDC pure hypocrisy and incompetence is front and center, but completely ignored by the mainstream media that was their partner in selling COVID fear and hysteria.

As we have repeatedly detailed with hard facts and scientific data when the COVID War broke out, those dying from the virus were mostly elderly and 94 percent of the victims had 2.6 preexisting comorbidities.

And rather than locking down nations and robbing citizens of their freedoms, we had long recommended taking measures to protect those at the most high risk... measures that the CDC is now repeating, 2.5 years later.