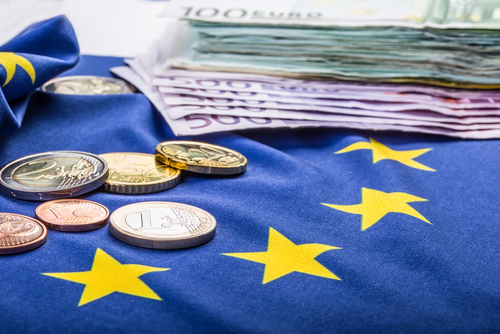 In an unexpected decision, the European Central Bank (ECB) will begin trimming its monthly bond purchases in March and end them as soon as this year’s third quarter, the bank announced after its policy committee met last week, closing out a stimulus support that has been in place for almost seven years.

The decision reverses the bank’s most recent previous statement, which indicated that the purchases would continue at least into October.

The policy shift reflects the central bank’s concern, which it has long ignored, to finally fight inflation rather than its continuous pumping up the EU economy with its never-ending doses of monetary methadone.

To end the newer plan, the bank will buy €40 billion of bonds in April, €30 billion in May, and €20 in June. After that, purchases will be “data dependent,” the bank’s statement said, with purchase decisions made based on the condition of the Eurozone’s economy.

Ending the purchases would set the stage for the bank to raise interest rates from their current -0.5 percent, where they have been since 2014.

However, ECB officials sought to calm markets and temper the shock of the stimulus program’s end by emphasizing that it would not necessarily be followed in short order by an interest rate increase.

The bank now says rate increases will be “gradual” and be enacted “some time after” bond purchases end, instead of “shortly” after.

Nonetheless, money markets now have priced in a quarter-point rate hike in October. Most recently, they had bet on a December bump.

The decision cut the euro’s value 0.5 percent against the dollar and pushed stock markets lower.

The news also raised yield rates on bonds of heavily indebted countries such as Italy, on the knowledge that the ECB will no longer be guaranteed to buy an endless supply of sovereign bonds to support economic recovery.

Last month, the bank indicated it would speed the end of its €4.8-trillion bond purchasing program and indicated it could consider a rate hike before 2024, its most recent target date.

The war in Ukraine has thrown the continent’s energy future into doubt, halting shipments, sending oil and gas prices soaring, and forcing the ECB to reshuffle its priorities.

Europe imports almost 40 percent of its natural gas from Russia. The region’s gas prices rocketed up almost fivefold last fall after Russia cut back deliveries at a time when Europe’s gas stores were their lowest in five years.

The region also receives about a third of its oil from Russia.

Oil prices have leaped as high as $139 a barrel during the Ukrainian conflict, a 40-percent boost from their levels at the start of this year.

The bank’s decision to stop buying bonds surprised some analysts who had expected the ECB to hold pat and continue to monitor the war’s impact on Europe’s economy.

Their view was emboldened by comments from some policy committee members who speculated that any major decisions would be postponed.

The ECB’s policy committee “sees it as increasingly likely that inflation will stabilize at [the bank’s] 2-percent target over the medium term,” bank president Christine Lagarde told a press assembly after the meeting, although “the war in Ukraine is a substantial upside risk, especially to energy prices,” she added.

Under the pressure of surging fuel and electricity prices, the ECB revised its inflation outlook for this year, hiking it from 3.2 percent to 5.1 percent.

The ECB still predicts that inflation will decline to 1.9 percent in 2024, just below the bank’s target of 2 percent annually.

The sudden decision to end bond purchases “may be a decision the ECB comes to regret,” Katherine Neiss, chief European economist at PGIM Fixed Income, commented to The Wall Street Journal.

“Ultimately, one has to give,” he said.

TRENDPOST: As recently as October, Lagarde stated that the ECB would not budge rates from their current -0.50 in 2022, as we reported in “Will ECB Hold to Negative Interest Rate?” (2 Nov 2021).

At her 3 February press conference, Lagarde announced the bank would hold rates steady for now but did not repeat her past insistence that the bank would not boost rates this year.

TREND FORECAST: The European Central Bank is fighting a delaying action against the reality that high interest rates will not only weaken the continent’s economic recovery but also will drop the region into a recession.

Like the U.S. Federal Reserve, the ECB will be forced to raise interest rates sooner than it has said it will. However, any increase will be cautious and incremental, meaning that the rate increases will be less than needed to master inflation.