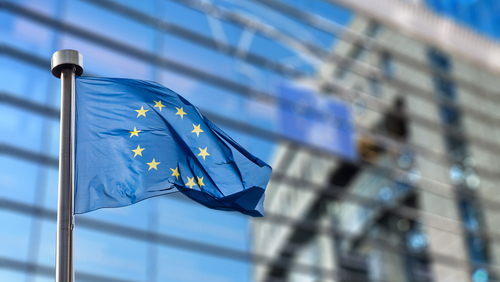 Christine Lagarde, president of the European Central Bank (ECB), indicated on 11 May that she could support an increase in the bank’s interest rate as early as July.

The bank is likely to stop buying bonds “early in the third quarter” and raise its key interest rate “some time later,” which “could mean only a few weeks,” she said in a public statement.

The third quarter begins on 1 July.

Although the ECB’s target inflation rate is 2 percent, it has done nothing to address rising prices, which increased at a 7.5-percent annual rate last month.

The surging recovery from the COVID era and the Ukraine war have “exacerbated all the main drivers of inflation, while also increasing economic uncertainty and crowding the growth outlook,” she said.

“Actions that demonstrate [the bank’s] commitment to price stability” will be essential to tamping down public expectation that runaway inflation will continue and maintaining the ECB’s credibility, she added.

Lagarde’s remarks lend her support to a growing number of the bank’s 25-member rate-setting committee members who favor a quarter-point rate increase when the group meets on 21 July.

Lagarde recommitted the bank to the present negative interest rate as recently as January, as we noted in “Lagarde Dismisses Calls for Higher Interest Rates” (25 Jan 2022).

However, the Ukraine war has made a policy shift more urgent, she indicated.

“After the first [rate] hike, the [interest rate] normalization process will be gradual,” she emphasized.

There was plenty of evidence that inflation was out of control before Russia invaded Ukraine. Why was that the factor that made a rate boost urgent?

TREND FORECAST: As we had forecast in “Euro Sinks as ECB Holds Interest Rate at -0.50 Percent” (26 Apr 2022), the ECB will raise interest rates this year but it has waited too long.

Its rate hikes will be too small and too gradual to matter to inflation. The region’s economy will sink into our Top 2022 Trend of Dragflation, with prices rising and economic activity declining, in part due to the ECB’s failure to act in time.