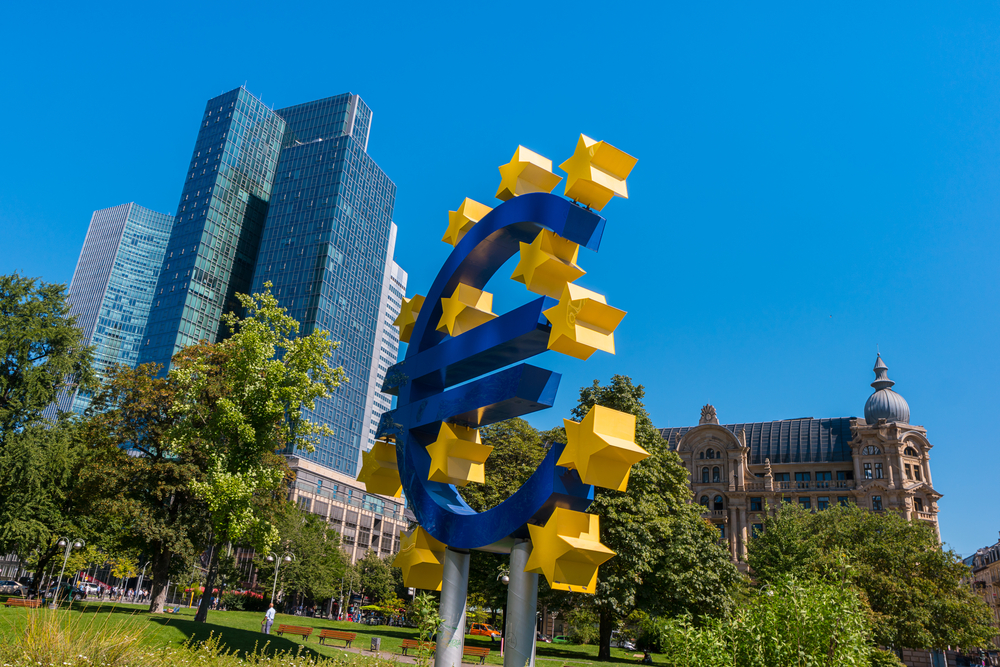 The European Central Bank (ECB) will keep interest rates at record-low negative levels until inflation settles at the bank’s 2-percent target “well ahead of the end of [our] projection horizon and durably,” ECB president Christine Lagarde told a 22 July news conference.

The Eurozone’s inflation rate jumped to 2 percent in May from 1.6 percent in June.

The bank’s “projection horizon,” or the distance into the future that it projects economic performance, currently covers 2021, 2022, and 2023 and is automatically extended by one year every December.

Previously, the bank planned to raise interest rates when it was confident inflation was trending toward 2 percent.

Under the new policy, the bank wants to see inflation reach 2 percent half-way through its projection horizon and be confident that any bump above 2 percent would be incidental and short-lived.

In other words, inflation would have to firmly settle at no more than 2 percent by mid-2022, and the bank would have to feel quite sure it was not going to budge, in order to raise rates.

Inflation across the Eurozone will end this year at 1.9 percent, according to the ECB’s forecast, and drop to 1.5 percent next year and 1.4 percent in 2023.

The bank shifted policy “to underline our commitment to maintain a persistently accommodative monetary policy to meet our inflation target,” Lagarde said.

Bank governors from Italy, Portugal, and other Eurozone countries deep in debt argued that the new policy means that the bank must keep cheap money flowing for longer than planned.

Countries in better financial condition, including Belgium, Germany, and the Netherlands, pressed for rate hikes sooner to rein back inflation, Reuters reported.

The bank’s policy shift is too aggressive and risks letting inflation surge beyond the target rate, Jens Weidmann, president of Germany’s Bundesbank, complained in comments cited by the Financial Times.

Lagarde called the argument a “minor divergence” and said the new policy had been supported by “an overwhelming majority” of the bank’s governing officials.

Some ECB officials also pressed for a reduction in the bank’s €185-trillion bond-buying program.

The bank took no action on the program. Lagarde said it was “totally premature” to cut back bond purchases now.

TRENDPOST: Europe’s dependence on the central bank’s monetary methadone will only delay a reckoning that awaits when the ECB returns interest rates to positive territory. However, with the COVID War 2.0 accelerating, it appears it will be years before they raise rates. And, as we have detailed, while record low interest rates benefit the Bigs so they can borrow money cheaply and buy up the world with mergers and acquisitions, the peasants of Slavelandia, once able to put money in savings accounts in banks and get interest, have nowhere to place extra earnings... other than to gamble in the markets.