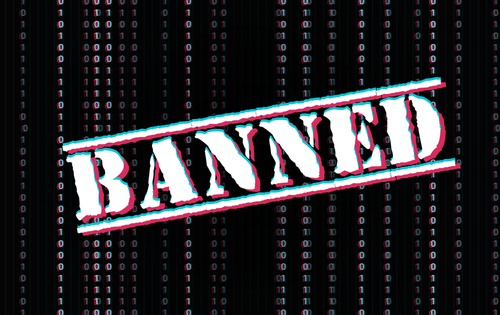 We saw it play out during the COVID-19 outbreak: Those who questioned vaccines, social-distancing rules, and the effectiveness of masks to prevent infection were blackballed by the media and ridiculed as right-wing nut jobs and conspiracy theorists.

We’re now seeing the same knee-jerk reaction when it comes to the conflict in Ukraine after the European Union moved to ban Russia’s Sputnik and RT.com media outlets that have been accused by Ursula von der Leyen, the European Commission president, of spreading lies in order to “justify [President Vladimir] Putin’s war.”

“We are developing tools to ban their toxic and harmful disinformation in Europe,” she said, according to Politico Europe.

One of the recent articles published on Sputnik’s website questioned how many times NATO acted militarily without the appropriate approval.

The report reminded readers of how the world ended up in this mess in the first place: the expansion of NATO and the possibility that Ukraine could join.

Russia has said that these two issues are security concerns and must be dealt with. The U.S. refused to make any concessions. (See “WASHINGTON AND NATO: NO CONCESSIONS TO RUSSIA,” “BLINKEN MEETS WITH LAVROV: WAR HAWKS SCREAMING” and “RUSSIA: U.S. SPREADING ‘LARGE-SCALE DISINFORMATION CAMPAIGN’ TO DIVERT ATTENTION FROM THEIR ‘OWN AGGRESSIVE ACTIONS.’”)

The Sputnik report said NATO, with the leadership of the U.S., became a global “police force” and stuck its nose in major world affairs without any invitation or agreement. The report pointed to Yugoslavia in 1999 during the Kosovo conflict. NATO air raids were blamed for up to 2,000 civilian deaths.

Sputnik also pointed to Iraq in 2003 and Afghanistan 2001. The report said several NATO armies “famously” invaded Iraq on a “bogus mission to locate weapons of mass destruction. The report pointed out that the U.S. alone sent in 177,000 troops into Iraq—which is fewer than the number Russia deployed in Ukraine.

Condoleezza Rice, former U.S. National Security Adviser under George W. Bush, appeared on Fox News on Sunday and was told by the host: “When you invade a sovereign nation, that is a war crime.”

The guest just nodded her head in agreement... ignoring the list of sovereign nations the U.S. has invaded since World War II, such as Korea, Vietnam, Yugoslavia, Afghanistan, Iraq, Libya, Syria... to name a few.

“Just incredible,” one Twitter commenter posted. “Establishment factions are going all-out leveraging this to whitewash their own past actions.”

Indeed, in the buildup to the Iraq War in 2002, warmonger Condoleezza Rice spewed out the line on the Cartoon News Network that while there was no proof Saddam Hussein was building weapons of mass destruction, “The problem here is that there will always be some uncertainty about how quickly he can acquire nuclear weapons. But we don’t want the smoking gun to be a mushroom cloud.”

Name the war, and see how America’s Presstitutes—media whores who get paid to put out by their government whore masters and corporate pimps—love the warmongers and ban the peacemakers, "the children of God."

A Columbia Journalism Review study, as well as work by the Poynter Institute for Media Studies, concluded that the number of pro-war editorials and Op-Ed columns among the country's major metro newspapers outnumbered anti-war perspectives by a nearly 10-to-1 margin.

RT.com’s website could not be accessed in the U.S. on Monday morning and Sputnik also said countries like Poland and Kazakhstan have shut down Russian TV channels.

TRENDPOST: As we have reported, the Biden administration and NATO refused to offer any concessions to Moscow, which expressed its security concerns with the Alliance’s expansion east.

“There is no change, there will be no change,” Antony Blinken, the U.S. Secretary of State, said.

One of the main points of contention for Russian President Vladimir Putin is what he sees as NATO’s reach into his backyard.

Putin started moving tens of thousands of troops to the Ukrainian border late last year and said they will not leave until there are “concrete agreements prohibiting any further eastward expansion of NATO.”

France, Germany, and the U.K. do not want to get into a war with Russia over Kyiv, which is tarnished by corruption and a dysfunctional government. (See “POROSHENKO’S RETURN TO UKRAINE: FIRST CLASS FREAK SHOW.”)

Now that Russia invaded, the E.U. is acting like the countries all came together and are now responding in concert to Moscow's aggression. But the unity is unremarkable. The real test would come if Russia begins showing signs of aggression with a NATO ally.

PUBLISHER’S NOTE: Please do your share to support and promote media sources, such as the Trends Journal, that provide you with factual data and analyses so you can "Think for Yourself." You may also consider contributing to Gerald Celente’s Occupy Peace movement.  www.OccupyPeace.com.