DUCK AND COVER 2.0: PREPARE FOR A NUCLEAR ATTACK 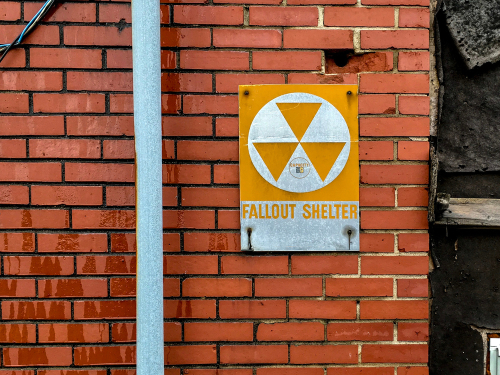 The Ukraine War continues to escalate and America and NATO have vowed to do whatever it takes to defeat Russia.

As we have forecast, the longer the war drags on, and the more weapons of death that are sent to Ukraine to keep bloodying the killing fields, the hotter it’s going to get, even to the point where there will be a nuclear exchange.

Now the message being broadcast via the mainstream media is that the worst is yet to come, and they are warning the people, as they were during the Cold War,  to “Duck and Cover.”

Yesterday, New York City released a public service announcement warning the people that a nuclear bomb can be dropped and gave them idiotic and moronic instructions on what to do to save their lives after the bomb was dropped.

Assuming that they did not burn or melt in the initial blast, the New York City Emergency Management Department gave New Yorkers a three-step plan reminiscent of the duck-and-cover stupidity they sold the people at the height of the Cold War.

The biggest takeaway: you really have to be a stupid dumbbell to swallow the crap from this shit show production.

The short video, which looks like it was filmed on a Hollywood set, takes place on a partially bombed city street with a scene with damage that looks more Sesame Street than a nuclear apocalypse. Dressed in black, the presenter is the culturally perfect presenter in America’s dead-woke society. The actor playing the government mouthpiece role appears calm, almost like a flight attendant pointing to emergency exits on a plane and the only indication that something is amiss is the faint sound of sirens going on in the background.

Calm, collected and confident, she said, “So, there’s been a nuclear attack.”

Where’d it come from? Who launched it?

Very simple. Be a complete moron, act as though you are in the third grade, follow her orders and do what she tells you to do. (WATCH THE VIDEO)

Cold War propaganda is not new and this new video is just a replay of the useless Duck-and-Cover instructions sold to the public at the height of the Cold War. Following WWII, school children in the U.S. were forced to hide under their desks in case the Russians dropped an atom bomb. And, if they were too big to fit under a desk, you were told to lie down on the ground against a wall and cover the back of your head with your hands... as though that would protect you from an atomic blast.

Now, this new Duck and Cover 2.0 idiot’s delight video stressed that when the bomb is dropped it is important to get inside and stay inside. If you were exposed to radiation, take your clothing off and use soap to wash your body. The presenter said, once inside, they should listen to the news media on the next steps.

“As the threat landscape continues to evolve, it is important that New Yorkers know we are preparing for any imminent threats and are providing them with the resources they need to stay safe and informed," Zach Iscol, the head of the city’s Emergency Management, said.

The Russians Are Coming

Considering the never ending anti-Russian sentiments spreading long before the Ukraine War, it is clear to assume that the imaginary warhead was fired by Russia... especially since Moscow and Washington have recently warned of a nuclear exchange.

Thus, the same fuel of hatred and fear for the Russians sold to the public back then has been retrofitted for the 21st Century.

TRENDS FORECAST: As we have warned, WWIII has begun and it won’t become official until a nuclear exchange occurs, be it false flag or real.

What adult, with a brain bigger than a pea, would take this Duck-and-Cover 2.0 video seriously?

If a nuclear bomb drops it may be one of many, and no one will survive by following the dumbbell instructions that were given. This video is intended to instill fear and ingrain in peoples’ minds that the worst is yet to come. As we noted in our 22 February Trends Journal cover, “FROM COVID WAR, TO UKRAINE WAR, TO WORLD WAR…Talk of Peace is Forbidden". 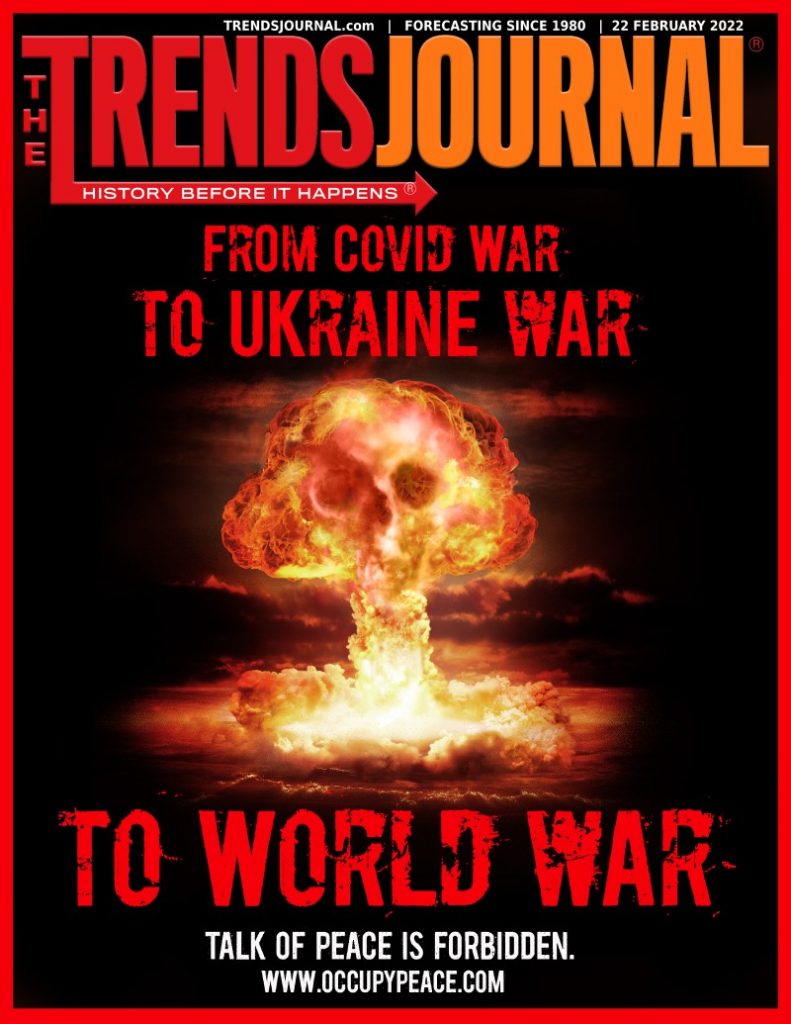 We see the future and it is Hell on Earth. If we do not unite for peace, we will be obliterated by war.

We are doing all we can to stop this madness that is unfolding in front of our eyes for all to see. And the question becomes what are you doing? What actions are you taking?

If your heart and soul is for Peace on Earth, Goodwill to All, join us on Saturday, July 23 in Kingston, N.Y., to help launch the greatest peace movement of this century.

Along with myself, featured speakers include Gary Null of Progressive Radio Network, a champion of natural healing; Judge Andrew Napolitano with judicial authority like no other in the areas of freedom, peace and justice; and Scott Ritter, a former U.S. Marine Intelligence Officer. The Hot Damn Band will headline the entertainment and vendors will be selling food and drinks.

We are calling for peace, we are fighting for peace and we are warriors for the Prince of Peace.

United We Stand, Divided We Die. If we don't unite for peace, this is the beginning of the end of life on earth. Please do everything you can to donate to the Universal Church of Freedom, Peace and Justice or www.OccupyPeace.com.