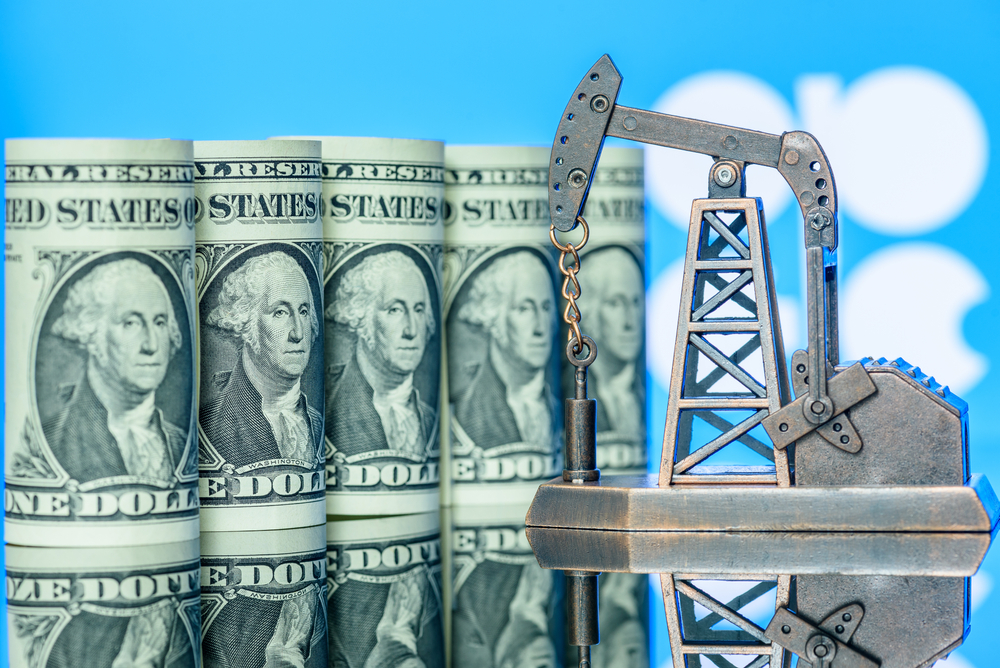 The proportion of dollars making up nations’ foreign currency reserves fell to 59 percent in 2020’s fourth quarter, according to the International Monetary Fund’s May report on its most recent Currency Composition of Official Foreign Exchange Reserves survey.

The dollar’s share is the lowest in 25 years and compares to 71 percent in1999 when the euro was introduced, the Wall Street Journal reported.

As we have detailed, after World War II, with much of Europe and Asia destroyed, the U.S. was the world’s manufacturing powerhouse... justifying the dollar’s position as the world’s common currency for commerce.

Now, with the U.S. making up only about a quarter of U.S. global output and China, Europe, and Japan having established themselves as economic power centers, that justification is harder to maintain.

The dollar’s increasingly precarious hold on the title of “world’s reserve currency” is threatened further by the U.S. Federal Reserve’s unwillingness to carry out its traditional function of raising interest rates in response to inflation.

And with the United States pumping trillions to pump up equity markets and the economy and plunging 28 trillion in debt and registering its worst debt to GDP ratio since World War II, inflation will undermine the dollar’s value.

In addition, during the early days of the economic shutdown, investors dumped treasury securities for cash, spooking some observers about the liquidity of U.S. bonds and notes.

Japan and South Korea, which depend on the U.S. for their security and defense, have held onto their dollars; since Biden’s election, China’s U.S. Treasury holdings have climbed from $1.05 trillion to $1.1 trillion.

China has proposed its renminbi as the dominant reserve currency, with the country’s Belt and Road initiative spreading the renminbi’s reach across the world and China’s robust economic recovery giving it greater market share in regions and industries around the globe.

The renminbi’s rising strength against the dollar also pleases foreign investors and banksters who, as we have reported in the Trends Journal, have poured money into China during the past year. This in turn has increased the yuan’s international standing.

TREND FORECAST: The business of America over the past century has been War. History is repeating itself. In the ten years following World War I, the British pound sterling was dethroned as the global reserve currency because of the financial damage the war inflicted on the nation.

The same is true for the United States, which just passed another record-breaking defense budget. Thus, we maintain our forecast that when China overtakes the U.S. as the world’s #1 economy in the next several years, it will begin the trend of overtaking the dollar as the world’s reserve currency.