DIRE (AND PUZZLING) PREDICTIONS FROM BIDEN AND FAUCI 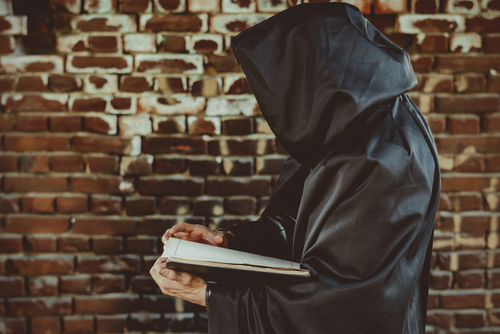 CNN reported on 16 December that Pres. Joe Biden had, that day, taken credit for slowing the spread of the Omicron variant of COVID-19, but had also issued a dire warning that those who remain unvaccinated will face "a winter of severe illness and death."

"Due to the steps we've taken, Omicron has not yet spread as fast as it would have otherwise done," Biden claimed. He then predicted that Omicron would soon increase its spread to the point that hospitals would be overwhelmed.

"But there's good news," the president added. "If you're vaccinated and you have your booster shot, you're protected from severe illness and death."

The president also said vaccinations and boosters would protect the nation's economic recovery: "We're gonna protect our economic recovery. If we do this, we're gonna keep schools and businesses open...and I want to see everyone around enjoy that. I want to see them enjoy the fact that they're able to be in school, that businesses are open and the holidays are coming."

CNN reported that, as of 15 December, only about 1 in 6 Americans have been fully vaccinated and had booster shots against COVID-19; that means that hundreds of millions are still at risk, especially given the threat of the new, more transmissible Omicron variant.

CNN also reported that Dr. Anthony Fauci had appeared on ABC's "Good Morning, America" on 16 December and had expressed his certainty that Omicron would soon be the dominant strain of COVID-19 in the U.S.

Fauci has also said that, despite having "no doubt" that there would be breakthrough infections, he saw no current need for an Omicron-specific booster shot. But that is contrary to what he said according to the 1 December New York Times: “Get boosted now,” as “we may not need a variant-specific boost.”

And as all the Presstitutes do, they refer to Fauci as “the nation’s top infectious disease expert,” who they also quote as saying, in public settings where it is unclear if everyone is vaccinated, people should wear masks except to eat or drink.

TRENDPOST: Never, ever, is it questioned: Why is it OK to sit down and eat and drink without a mask on but they must be put back on after eating and drinking whether in a public setting or an airplane? Does the virus know when someone is not eating or drinking?

Of course not! They make this crap up. The same as they do with mandates requiring people to wear masks when entering a restaurant, but it is OK to take them off sitting down.

Why? Because the virus never goes down to table heights?

Again, these clowns, dubbed “health officials” are making up COVID mandates, just as they did back in the heat of the Cold War when they had children hiding under desks in air-raid drills, as though being under a desk would protect them from an atomic blast and the fallout.

TRENDPOST: Elsewhere in this issue of Trends Journal [in "COLLEGES FREAKING OUT OVER OMICRON"] we reported that, at Cornell University, almost every student who recently tested positive with "evidence of Omicron" had previously been vaccinated and had received a booster shot.

What's even more puzzling is that Dr. Fauci, who is Pres. Biden's Oracle of Epidemiology, says that being vaccinated and getting a booster shot may not stop Omicron at all! See "DARING TO DOUBT VACCINE EFFICACY" (29 Jun 2021).

TREND UPDATE: A report in The New York Times, on 19 December, states that evidence is now showing that most of the COVID vaccines in use worldwide—those from Johnson & Johnson, AstraZeneca, the Sinopharm and Sinovac shots made in China, and the Sputnik vaccine made in Russia—may do little to nothing to prevent infection by the Omicron variant.

This raises the specter of not only greater spread of the Omicron variant among vaccinated persons, but of depressed demand for vaccinations worldwide, as people (who may already be vaccine-hesitant) see little point in getting the jab if it offers little or no protection.