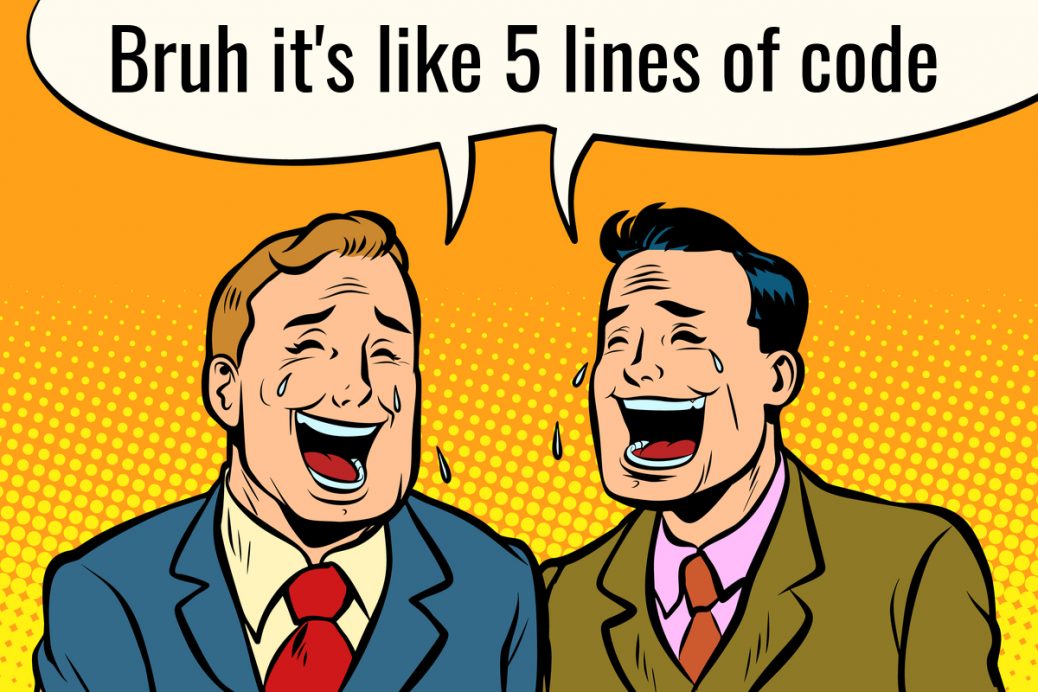 Jamie Dimon, billionaire CEO of JPMorgan Chase, tried moonlighting as a coder on Twitter and it didn’t go well.

As Bitcoin climbed back near its all-time highs this past week, Dimon tweeted out fresh reason to doubt it, include this one:

"I'll just challenge the group to one other thing: how do you know it ends at 21 million? You all read the algorithms? You guys all believe that? I don't know, I've always been a skeptic of stuff like that."

Reactions were swift. One commenter pointed out, “Bruh it’s like 5 lines of code,” and posted an accompanying screenshot of the relevant bitcoin code determining the limits of bitcoin that can be minted: 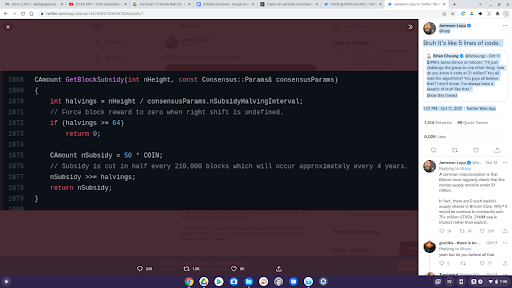 There were plenty of other mirthful, sometimes brutal reactions...

that’s because he’s used to living in a world of rulers, not rules. #Bitcoin is code

Jamie Domin only knows a world of opaque corruption... So of course he’s skeptical and can’t wrap his brain around how #Bitcoin can be so transparent / open-source Exploding head

A likely take on autos from Jamie Dimon[:]

Did you know the engine in your car is lighting gasoline on fire? You guys want to put your kids in something like that? I don’t know, I’m just skeptical of things like that.

This guy and all of the other US political and banking boomers are the reason a few have most and most have very little. Those boomers also understand #crypto like Charlie Munger understands #tech.

Big Banks make More on Volatility then Stability. They will always use their tools like media outlets to create swings one way or another. Leverage trading has been part of traditional markets since before bitcoin's birth!